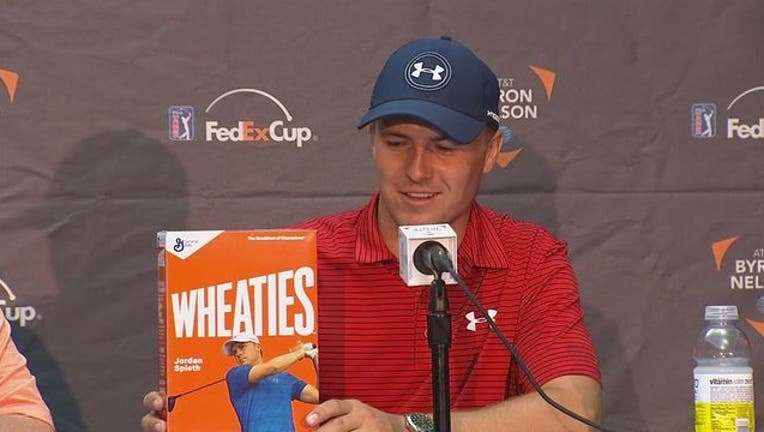 IRVING, Texas (AP) - Jordan Spieth is joining the long list of athletes to be depicted on a Wheaties cereal box.

The 2015 Masters and U.S. Open champion said Tuesday he will be on 4 million Wheaties boxes in the fall. Spieth is playing in his hometown Byron Nelson tournament this week in the Dallas area.

The 23-year-old Spieth said it was "really cool" to be on the Wheaties box because he "used to walk down the aisle of the grocery store whenever my mom used to drag me along and always want to see who was on the cover."

Spieth first emerged as a 16-year-old amateur at the Nelson in 2010, when he contended on Sunday and finished 4 under. But the Nelson isn't among his nine career PGA Tour wins.