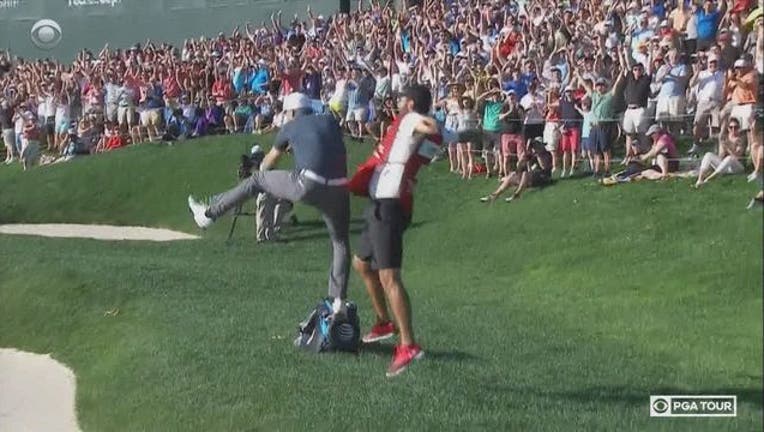 CROMWELL, Conn. (AP) - Jordan Spieth holed out from 60 feet for birdie from a greenside bunker on the first hole of a playoff with Daniel Berger to win the Travelers Championship on Sunday.

Spieth led wire-to-wire at TPC River Highlands, holding a one-stroke edge after each of the first three rounds. He closed with an even-par 70 to match Berger - who birdied three of the final six holes for a 67 - at 12-under 268.

Berger, the Memphis winner two weeks ago before missing the cut last week at the U.S. Open, just missed a 50-foot putt from off the 18th green left that would have forced a second playoff hole.