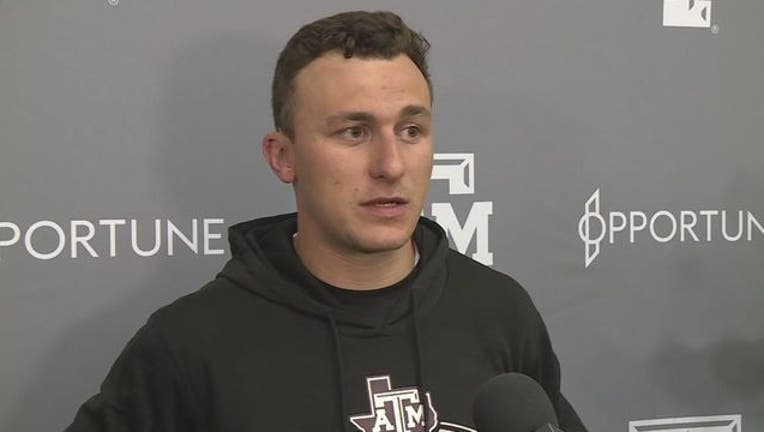 The Spring League will play in Austin, Texas, from March 28 to April 15. The league is designed for players hoping to impress NFL scouts.

Manziel won the Heisman as a freshman with Texas A&M in 2012 and left school after his sophomore season for the NFL. He was drafted in the first round by the Cleveland Browns but was cut in 2016 and hasn't played since.

Manziel played nine games with the Browns in two seasons, passing for 1,675 yards with seven touchdowns and seven interceptions.

His Spring League debut will be broadcast on Turner Sports new streaming service "Bleacher Report Live," which will launch in April.