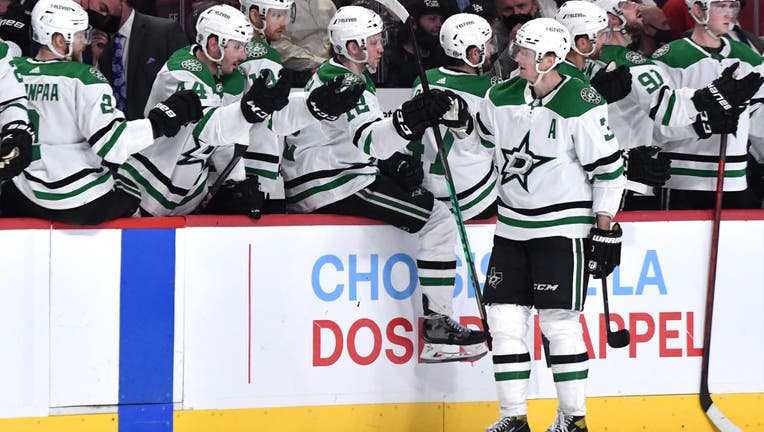 MONTREAL, QC - MARCH 17: John Klingberg #3 of the Dallas Stars celebrates with the bench after scoring a goal against the Montreal Canadiens in the NHL game at the Bell Centre on March 17, 2022 in Montreal, Quebec, Canada. (Photo by Francois Lacasse/

MONTREAL (AP) - John Klingberg scored late in regulation and overtime to give the Dallas Stars a 4-3 victory over the Montreal Canadiens on Thursday night.

Klingberg tied it with 4:46 left in regulation and ended it with 10 seconds to go in the five-minute overtime.

"It was just a huge goal," Klingberg said. "We had to step up more but that’s from the whole D-core."

"This year our goalie’s making saves and we’re getting huge goals," Dallas coach Rick Bowness said. "That game could’ve been 3-0 five minutes in. Jake was fantastic."

"I had loads of chances before, but when you haven’t scored in so long, you’re not really comfortable with it," Faksa said. "It felt like forever. Hopefully I’ll never have that long without a goal again."