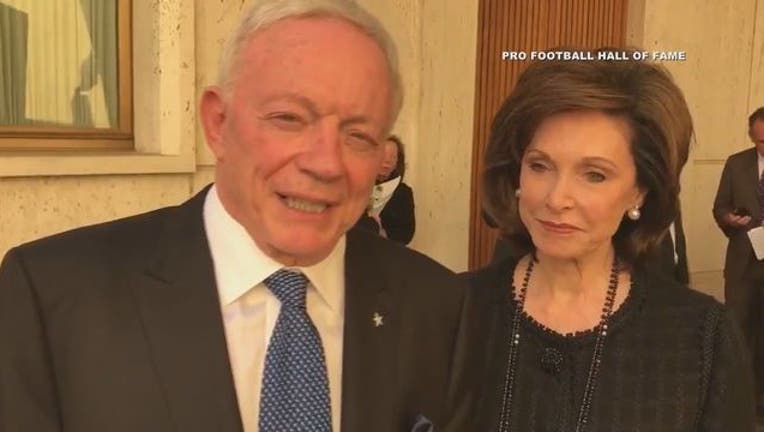 CANTON, Ohio (AP) - Wives, a son and former coach Jimmy Johnson are among the presenters chosen to welcome the Pro Football Hall of Fame's seven-member Class of 2017.

Presenters will include Morten Andersen's son Sebastian and the wives of Jerry Jones and Kurt Warner for the induction ceremony on Aug. 6 in Canton.

The hall says Gene Jones and Brenda Warner will be just the third and fourth wives to serve in that role. Deanna Favre was the presenter for husband Brett last year and Mike Singletary's wife, Kim, did it in 1998.