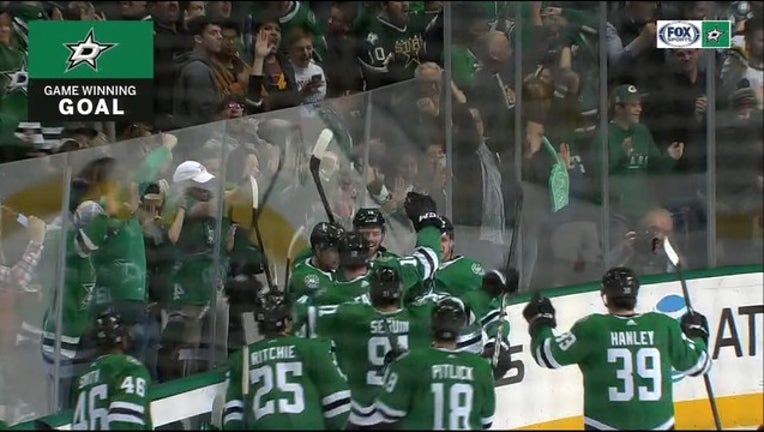 Dickinson and Mattias Janmark led a 2-on-1 against goalie Tuukka Rask. Janmark shot from the left side, and the rebound slid to Dickinson right in front. He lifted the puck in for his fourth goal.

Rask made 36 saves in his return from a week-long leave of absence for a personal matter. The Bruins have not elaborated on the reason for Rask's leave.

Bishop got his 26th career shutout. His biggest save came midway through the second, when he stopped Joakim Nordstrom's deflection.

WINNIPEG, Manitoba (AP) - Conor Sheary scored in the seventh round of a shootout to lift Buffalo past Winnipeg for its fourth straight victory.

Sheary beat Laurent Brossoit with a shot over the goalie's glove.

Jeff Skinner tied it at 1 for the Sabres on a power play early in the third period. Kyle Connor scored for the Jets.

CHICAGO (AP) - Cal Petersen made 34 saves in his first NHL start and stopped Jonathan Toews and Patrick Kane in a shootout, leading Los Angeles past Chicago.

Tyler Toffoli scored in regution for the Kings. Brandon Saad tied it for Chicago early in the third period.