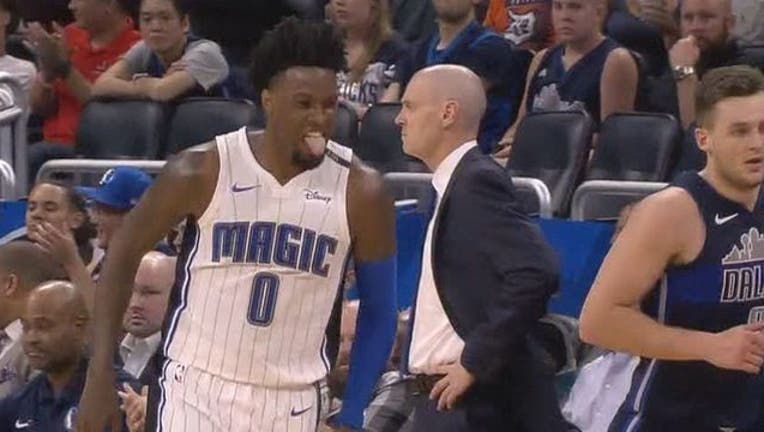 Artis was coming off a 16-point game Tuesday night in a victory at New York.

Aaron Gordon led the Magic with 20 points without playing in the fourth quarter. Gordon scored 16 points in the first quarter, leading the Magic to a 14-point lead. Bismack Biyombo had 12 points, 12 rebounds and a career-high five assists.

Jalen Jones led Dallas with 15 points. Johnathan Motley added 14 points and eight rebounds in his first NBA start, and Kyle Collinsworth came off the bench for 14 points and nine rebounds. The Mavericks listed seven players out with injuries including Dirk Nowitzki, the 19-year veteran who missed only his second game of the season.

Two straight dunks by Motley got Dallas back in the game in the second quarter and the Mavericks kept it close for the rest of the way. Dorian Finney-Smith missed an open 3-pointer that could have put Dallas ahead with just over two minutes left.

Mavericks: At Detroit on Friday night.