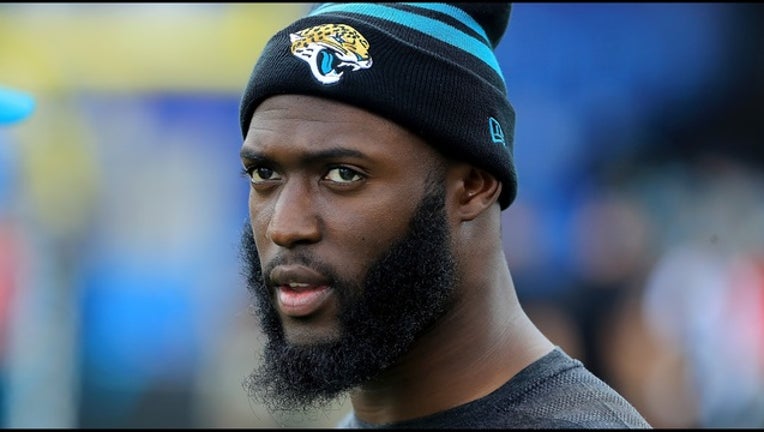 Leonard Fournette #27 of the Jacksonville Jaguars watches warmups prior to the game against the New England Patriots at TIAA Bank Field on September 16, 2018 in Jacksonville, Florida. (Photo by Sam Greenwood/Getty Images)

JACKSONVILLE, Fla. (AP) - The Jacksonville Jaguars have ruled out running back Leonard Fournette for their game at Dallas. It will be the fourth game Fournette has missed this season.

The Jaguars (3-2) signed veteran Jamaal Charles on Tuesday with the expectation that Fournette would be sidelined for an extended period. They also placed third-stringer Corey Grant (foot) on injured reserve.

No one would be surprised to see Fournette sidelined until after Jacksonville's bye week, potentially returning Nov. 11 against Indianapolis.

The second-year pro from LSU already has missed six of 21 regular-season games and left his only two starts this season because of hamstring tightness.

He has 71 yards rushing on 20 carries this season.