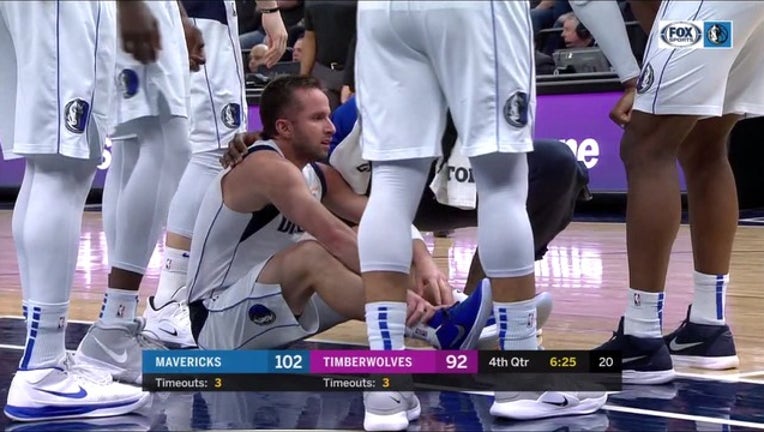 A person with direct knowledge of the injury says Dallas guard J.J. Barea has a torn right Achilles tendon, a season-ending setback for a key Mavericks' reserve.

Barea was injured in the second half of the Mavericks' 119-115 win at Minnesota on Friday night. The person spoke to The Associated Press on condition of anonymity Saturday because the team hadn't announced an update on Barea's condition.

The 34-year-old Barea was averaging 10.9 points and a team-high 5.6 assists per game as a key part of the second unit for Dallas. The injury is likely to mean a significant increase in playing time for rookie Jalen Brunson, a two-time NCAA champion at Villanova and second-round draft pick.

Barea is in his second stint with the Mavericks after being a catalyst for Dallas' rally from a 2-1 deficit in the 2011 NBA Finals against Miami. The Mavericks won the franchise's only title in six games.