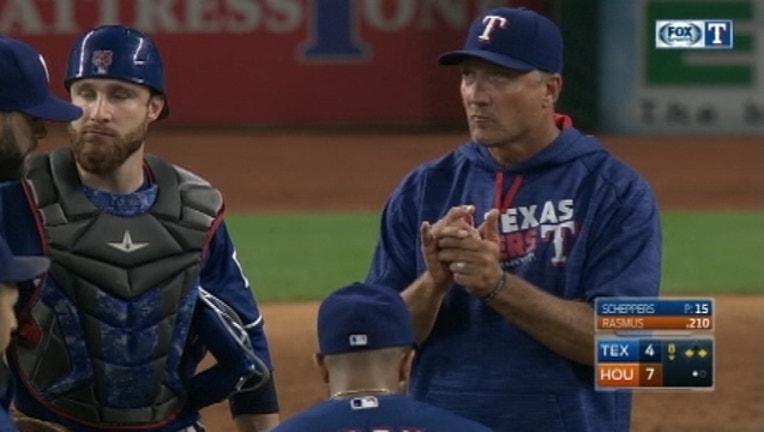 HOUSTON (AP) -- Jose Altuve and Alex Bregman both left with injuries, but George Springer and Teoscar Hernandez homered, helping the Houston Astros keep their fading playoff hopes alive with an 8-4 win over the Texas Rangers on Wednesday night.

Houston snapped a three-game losing streak and closed within 3 1/2 games of Toronto for the second AL wild card.

Hernandez gave the Astros a 3-1 lead with a two-run homer off the facade in left-center in the second. Springer led off the first with his 27th home run to tie it at 1.

The Astros got just their fourth win in 19 games against the Rangers this season.