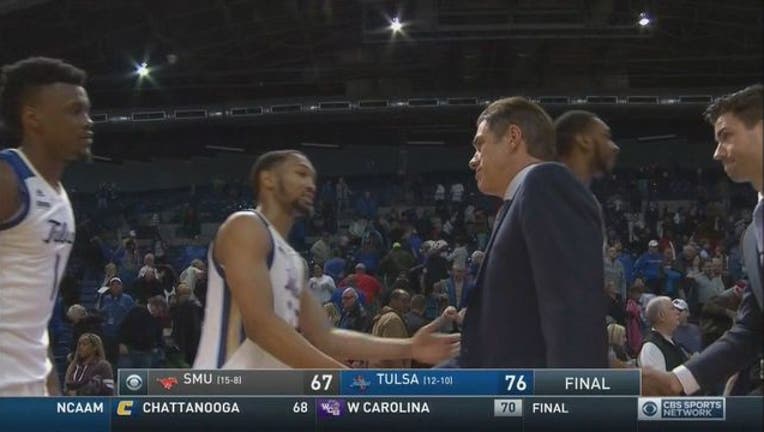 Not much separated the two teams in the first half. A 17-5 run midway through the period gave the Golden Hurricane a 28-22 lead, but SMU responded with a 9-2 run of its own - including 7 points in a 5-second span - to close the half with a one point lead.

Henderson and Etou took over in the second half, scoring 15 and 11, respectively. Emelogu found himself in foul trouble in the second half, with all five of his fouls coming after the break, including picking up two quick fouls in the final minute to foul out with his team down by seven points.