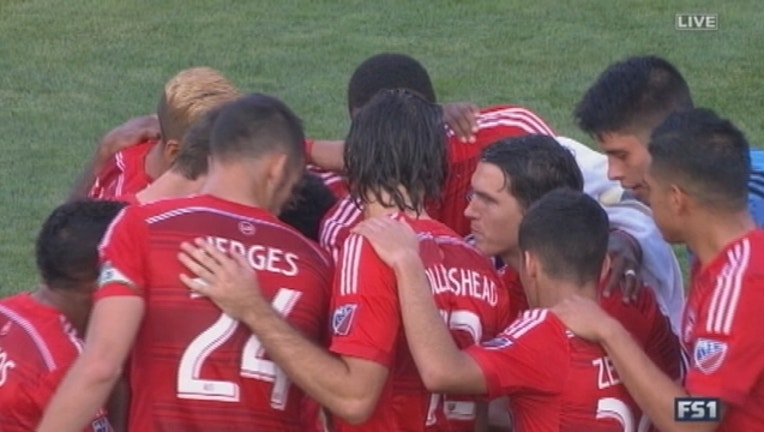 Harris opened the scoring for FC Dallas (13-8-5) by finishing a header combination with David Texeira in the 27th minute. Texeira redirected Kellyn Acosta's corner kick with a header pass to Harris.

Barrios doubled the lead in the 69th minute with an end-to-end counterattack, and Texeira added his own 2 minutes later on a putback from outside the 18-yard box.

Columbus (11-9-8) lost for the first time in five games and suffered its first home shutout of the season while playing without MLS goals leader Kei Kamara (18 goals) because of international service. With a victory, the Crew would have moved past the New York Red Bulls into a first-place tie with D.C. United.