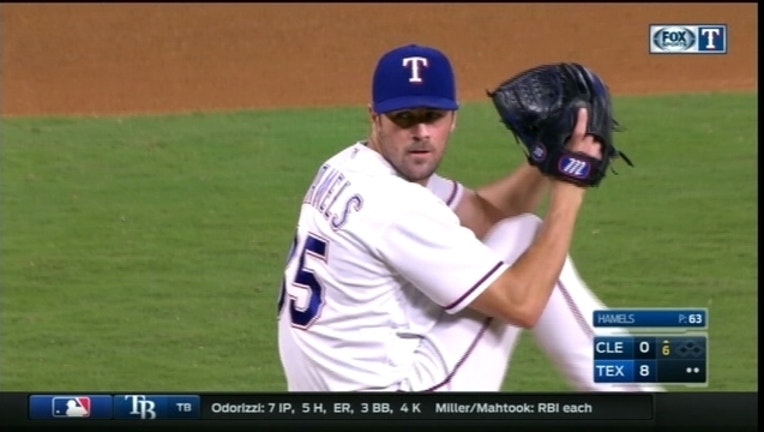 ARLINGTON, Texas (AP) — Cole Hamels allowed only two singles over eight innings for his 14th victory, Carlos Gomez hit a three-run homer in his first at-bat with Texas and the AL-best Rangers beat the Cleveland Indians 9-0 on Thursday night in the opener of a four-game series matching division leaders.

Hamels (14-4) retired 19 straight batters after Francisco Lindor's solid two-out single to left in the first. The only other baserunner for the Indians was Carlos Santana after a leadoff hit in the eighth, though he was stranded at second after advancing on a passed ball.

Adrian Beltre and Rougned Odor also homered for the Rangers (75-53).

Hamels struck out eight without a walk, and the lefty improved to 21-5 in his 38 starts since the Rangers acquired him last season when he was coming off a no-hitter in his last start for the Philadelphia Phillies. It was the longest scoreless outing for a Texas starter this season.