ARLINGTON, Texas (AP) -- Doug Pederson had to downplay some trash talk from one of his linebackers the previous time Philadelphia visited Dallas for a crucial NFC East meeting.

Now the coach of the Eagles is having to explain how he ended up on the bulletin board while the Cowboys respond the way they always have under stoic coach Jason Garrett. That is, by not responding.

Pederson said on his radio show that his Eagles were going to win Sunday night with the division lead on the line in a matchup of 3-3 teams coming off losses. He had to clarify to reporters that he never used the word "guarantee."

"For me it was about standing up, kind of taking ownership of where we are as a football team," Pederson said Wednesday. "And just showing confidence in my guys and kind of instilling that into the players, that everything's going to be OK.

"Just like the Cowboys. Just like what Jason Garrett's going through right now. I'm assuming he's doing the same thing."

Perhaps, but certainly not for public consumption with Dallas on a three-game losing streak after a 3-0 start.

"My response is we're excited about the challenge," Garrett said Monday. "Obviously they're a great football team and we're going to focus on ourselves and what we need to do to prepare to play our best football on Sunday night."

Before the Eagles' visit to the Cowboys last December, linebacker Kamu Grugier-Hill told a television reporter the Cowboys "always choke. So we'll go down there and make them choke."

Dallas won 29-23 in overtime and went on to take the division title, beat Seattle in the wild-card round and lose to the Los Angeles Rams in a divisional game. The responses then from Cowboys echoed those now.

"I wouldn't want him to be coaching me if he wouldn't say that," Dallas quarterback Dak Prescott said. "Just because he voiced it doesn't mean that's not what he's thinking and just because we're not voicing it doesn't mean we don't have our own thoughts and opinions on how this game is going to go. That's words."

Carson Wentz and Prescott are probably going to measure themselves against each other for years after coming into the league together in 2016.

Wentz was the No. 2 overall pick expected to be the future of the Philadelphia franchise. Prescott was the overlooked fourth-round choice who ended up starting all season and won NFL Offensive Rookie of the Year honors after Tony Romo injured his back.

So here are the latest numbers: Prescott has the head-to-head edge 3-2 and the only playoff victory for either player. Wentz has the second contract after signing a four-year extension worth $128 million during the summer. Prescott is still waiting for a megadeal that should come eventually.

"Something that's always fun," Prescott said of the comparison. "Something we'll be able to always, every matchup, look back and say what's our record against each other or this versus that. Something that will always be cool to track. Credit him for what he's doing, what he's done."

The Eagles have scored 24 points in the first quarter, but they've been shut out four times. The Cowboys are even worse with 20 points, including just three during the three-game skid.

Pederson is considering taking the ball if the teams wins the coin toss instead of deferring to the second half and giving the ball first to their opponent. The Eagles have won the toss 32 times since Pederson took over in 2016 and taken the ball just once.

"Put our offense out there and try to generate points early in the game and not fall behind," Pederson said. "I think that's all part of trying to start fast."

The Cowboys figure to have several key players whose availability will be unknown until close to game time. Offensive tackles Tyron Smith (ankle) and La'el Collins (knee) returned to practice Thursday. Smith has been out two games and Collins one.

Receivers Randall Cobb (back) and Amari Cooper (thigh) appear further behind. Cobb was out against the Jets, and Cooper didn't play after the first series. Like Cobb and Cooper, cornerbacks Byron Jones and Anthony Brown missed the first two practices of the week. Both have hamstring injuries.

The Eagles have struggled against the pass but have been without starting cornerbacks Ronald Darby and Jalen Mills, nickel corner Avonte Maddox and key backup Cre'Von LeBlanc. They are 13-5 when Darby and Mills start.

Darby and Mills could return to the field against the Cowboys. Both began the week practicing. Darby has missed a few games with a hamstring injury after returning from ACL surgery. Mills hasn't played since last October because of a foot injury.

Subbing for Darby and Mills, Rasul Douglas and Sidney Jones had a tough time last week at Minnesota.

"Jalen's an experienced player," defensive coordinator Jim Schwartz said. "He's tough. He's very competitive. Good tackler. It will be nice to get all those things back." 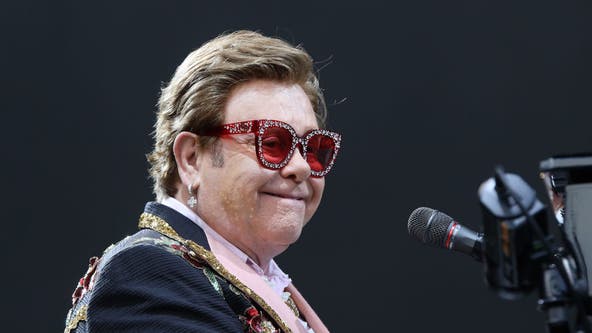