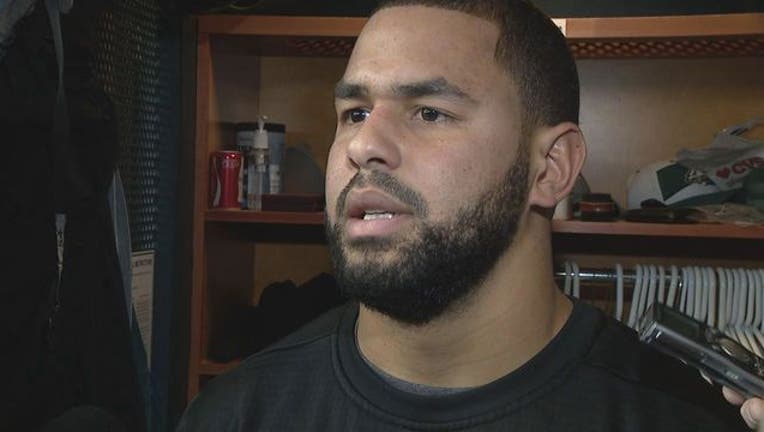 Grugier-Hill told a Philadelphia television reporter on Wednesday: "Look at Dallas' history. They always choke. So we'll go down there and make them choke."

The defending Super Bowl champion Eagles (6-6) visit the Cowboys (7-5) on Sunday with first place in the NFC East on the line.

Grugier-Hill wasn't available until Friday. He expressed regret to Pederson because he said he put his coach "in a tough spot."

"It's a rivalry game. I didn't think too much about it. I didn't mean to disrespect this organization or coach Pederson," Grugier-Hill said. "I have a lot of confidence in the guys and in myself going into this game, and I'm ready to play.

Pederson made it clear to the third-year player the comments were unnecessary.

"First of all, the Philadelphia Eagles, myself, we have a ton of respect for the Cowboys," Pederson said. "It has nothing to do with that, we have a ton of respect for coach Garrett. ... It's unfortunate that the comments were made. I talk to the team a lot about how we don't need to post anything that can be used on other team's website or bulletin board. It's unfortunate that happened. We still have to go play. They have to play. It's going to be a good football game."