FORT WORTH, Texas (AP) - IndyCar has gotten the green flag to finally start its season, which it will do in Texas with a nighttime race June 6 without spectators.

The race at Texas Motor Speedway was the next one on the schedule that hadn't been postponed or canceled because of the coronavirus pandemic. IndyCar and track officials announced the details Thursday, heavy with safety precautions along with financial concessions from both sides to make it happen.

There will be a condensed schedule, with practice, qualifying and the race taking place on the same day. There will be strict access guidelines limiting the number of personnel on site, with health screening system administered to all participants and personal protection equipment provided to everyone entering the facility.

TMS president Eddie Gossage had previously indicated he didn't want to run a IndyCar race without fans, given that tracks don't get a cut of the TV revenue for those r 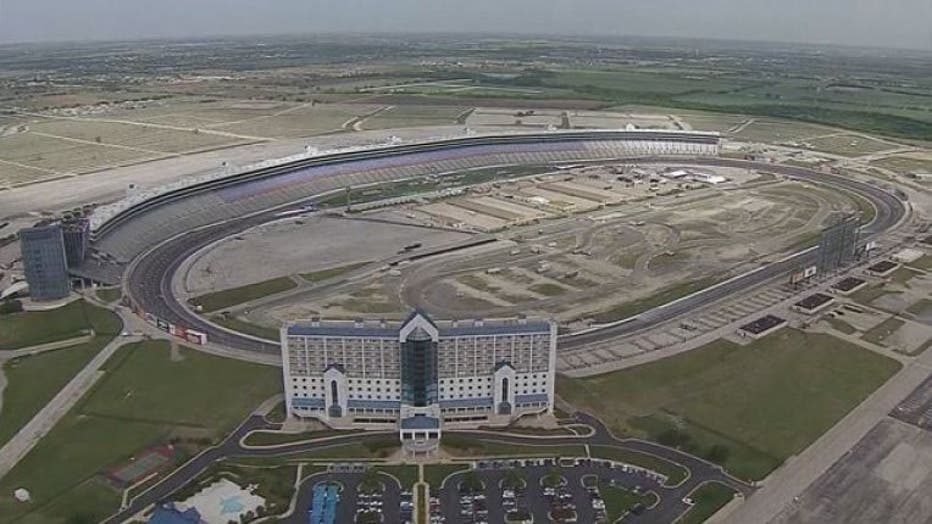 “For a race track with the IndyCar race, the gate is your single largest revenue source. So that’s a big deal to do it without fans in the stands, and I didn’t want to do that,” Gossage said. “But at the end of the day, we worked something out. ... We’re paying IndyCar, we’re just not paying as much. So both of us compromised, and both of us are losing money.”

While Gossage wouldn't reveal any figures, he said it was good to get things going in the sport again. He joked that one concession he got from Roger Penske was 10 minutes in the motorcoach of the series' new owner to “search between the cushions to kind of help bridge the gap on our financial issues.”

Texas has held IndyCar races since the 1 1/2-mile track opened in 1997, longer than any facility in the series other than Indianapolis Motor Speedway. TMS hosted two races a year from 1998-2004, including the series finale the last six years of that stretch.

IndyCar President Jay Frye said the series worked with Gossage and public health officials on a plan to “ensure the safety of our event participants.”

Gossage said IndyCar was chartering two planes to fly drivers and team members from Indianapolis to the Fort Worth Alliance Airport the morning of the race, and back home that night. The planes would be sanitized before and after each flight, as will the buses that will take everyone to and from the airport and track.

Social distancing protocols will be in place and carefully maintained. There are two 64-bay garages on the infield at Texas, and both will be utilized to give the 24 expected teams plenty of room for separation.

IndyCar was in St. Petersburg, Florida, preparing to run its March 15 season opener without spectators before the escalating pandemic forced the postponement of that race and the cancellation of races at Long Beach, California, Barber Motorsports Park in Alabama and the Circuit of the Americas in Austin, Texas. A planned doubleheader at Detroit, which would have been the week before Texas, was canceled a month ago after the Indy 500 had already been postponed until August.

To ensure 15 races, IndyCar’s revised schedule includes doubleheaders at Iowa Speedway and Laguna Speedway in California, and a return to Indianapolis in October for a second race on the road course there. The next race scheduled after Texas is June 21 at Road America in Wisconsin.

“The American people are eager to watch their favorite live sports again, and this race serves as an example of how we can responsibly hold sporting events while prioritizing the health of the participants and the public," the statement said.

Gossage said Texas will run every race that was on its 2020 schedule, including the NASCAR Truck Series race that traditionally is paired up each summer with IndyCar but won't be next month. The track is still awaiting a new date for the NASCAR Cup Series race postponed in March, and hosts a playoff race Oct. 25.