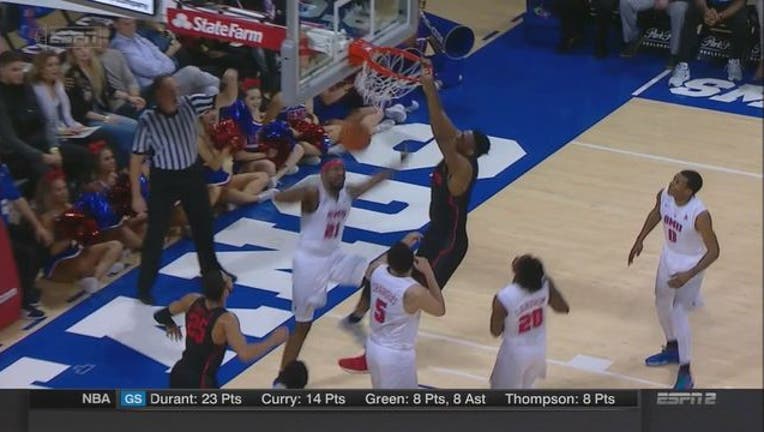 The Cougars (23-6, 13-4 American) have won seven of eight games and are a half game behind second-place Wichita State, which will visit UCF on Thursday.

SMU (16-14, 6-11) has lost seven of eight games since leading scorer Shake Milton was sidelined with a hand injury.

Jahmal McMurry scored 13 of his 17 points in the first half to lead the Mustangs. He was the only SMU player to score during the first 9 1/2 minutes.

Houston outscored SMU 17-4 in points off turnovers and 28-16 in points in the paint.

The Cougars' largest lead was 18 points late in the second half after leading 36-24 at halftime. The Mustangs missed 11 consecutive field-goal attempts during the first half.

Cougars senior guard Wes Van Beck, who has made seven starts this season, missed his second consecutive game with an injured hand.

Houston leads the all-time series 49-32 with games played as non-conference opponents and as members of the Southwest Conference, Conference USA and the American.

Houston: With the Cougars headed to the NCAA Tournament. coach Kelvin Sampson will have taken each of the NCAA Division I schools that he has coached to the tournament -- Washington State, Oklahoma, Indiana and Houston.

SMU: The Mustangs went 13-5 at Moody Coliseum during the regular season. They were 68-4 at home during the past four seasons.

Houston will end its regular season at home vs. Connecticut.