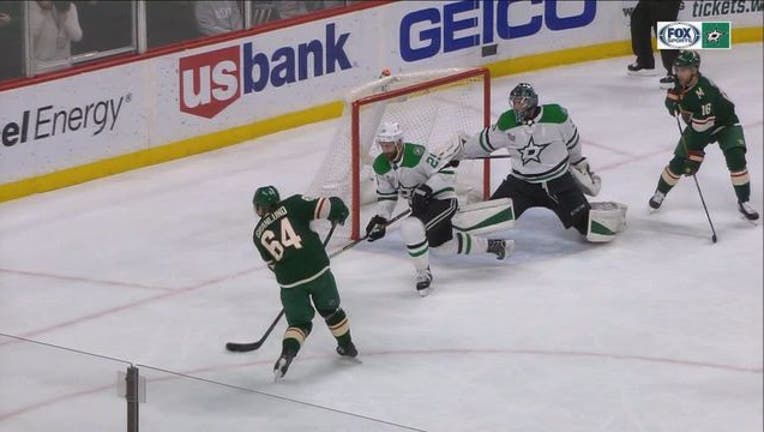 Granlund, who had a career-high 26 goals last year, has eight this season and only one in his previous 11 games.

With the Wild on the power play and the game tied 2-2, Granlund charged in from the left wall to put home a rebound after a redirect from Zucker was stopped by Ben Bishop at 13:08 of the second period.

Zucker added an empty-net goal shortly after Janmark missed on a breakaway in the final few seconds of the game.

Seguin's fourth goal in three games - a redirect of an Esa Lindell shot - gave the Stars a 1-0 lead midway through the first period, but Spurgeon tied the game by tapping in a cross-crease feed from Coyle with 40.4 seconds left in the frame.

Dallas lost for the fifth time in 21 games when scoring first. Staal scored 5:12 into the second before Janmark scored on the power play.

Wednesday was a step forward for a pair of previously injured Wild players.

Goaltender Devan Dubnyk served as the team's backup after missing six games with a lower body injury and left wing Zach Parise said after the team's morning skate he is going to AHL Iowa for a rehab assignment, although the team has not officially announced the move. The plan is for Parise, who had back surgery Oct. 24, to play Thursday in Iowa, return to Minnesota and decide the next step.