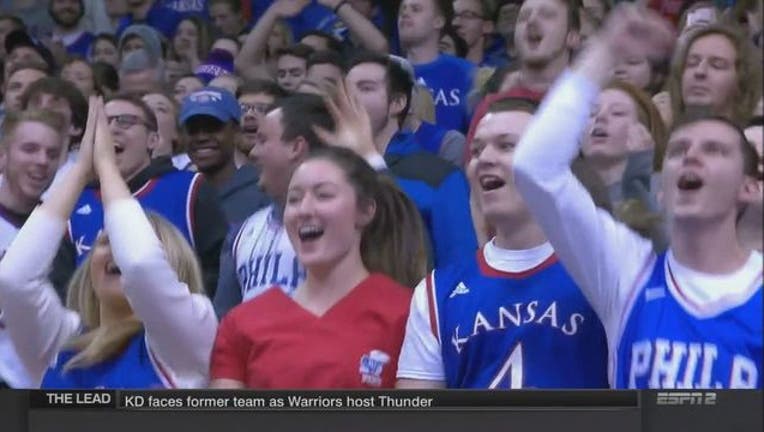 The Jayhawks (19-5, 8-3 Big 12) have struggled this season to dominate at home as they traditionally have, but were able to avoid dropping two straight in Allen Fieldhouse thanks to a grind-it-out finish.

Foul trouble limited Azubuike to play just seven minutes in the first half for Kansas, but the rest allowed him to play 18 in the second. He finished with a game-high 11 rebounds.

Mitch Lightfoot played 22 minutes and had six points in his first career start for the Jayhawks after replacing the struggling Lagerald Vick earlier this week. Vick, however, played seven more minutes than Lightfoot in the first game since the move was made.

TCU is 1-4 against top 10 teams this season. The Horned Frogs haven't won a road game against a ranked opponent since 1998.

Kansas is now 16-2 all-time against TCU, and is a perfect 7-0 inside Allen Fieldhouse.

Kansas earns a much-needed win after dropping its third Big 12 game this past weekend to Oklahoma State. The Jayhawks now sit in first place in the conference, one-half game ahead of Texas Tech.

TCU continues its slide since losing star Jaylen Fisher, whose knee injury in January sidelined him for the rest of the year.

Kansas travels to Baylor Saturday for a matchup with the last place Bears.