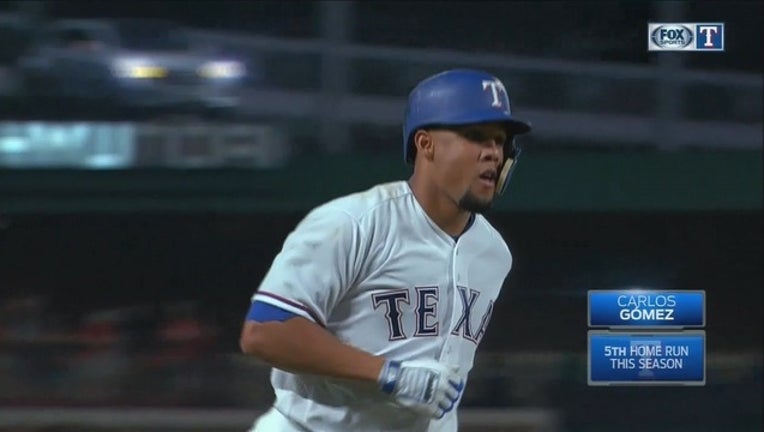 ARLINGTON, Texas (AP) - Tyson Ross allowed just a pair of runs in his first start in 14 months and Carlos Gomez homered to help the Texas Rangers beat the Seattle Mariners 10-4 on Friday night.

Ross (1-0) made his Rangers debut and started for the first time since opening day last year when he pitched for the Padres. He had been sidelined with Thoracic Outlet Syndrome and picked up his first win since Aug. 31, 2015. He struck out five in 5 2/3 innings.

Gomez had four RBIs after being sidelined four weeks with a strained right hamstring.

Ross walked the first batter he faced and allowed a run on an RBI groundout in the first, but settled down and didn't allow a hit until Mike Zunino's bloop single in the fifth.

Seattle starter James Paxton (5-2) allowed seven hits and seven runs in 3 2/3 innings. He ran into trouble in the third and threw 40 pitches as Texas scored five runs in the inning.