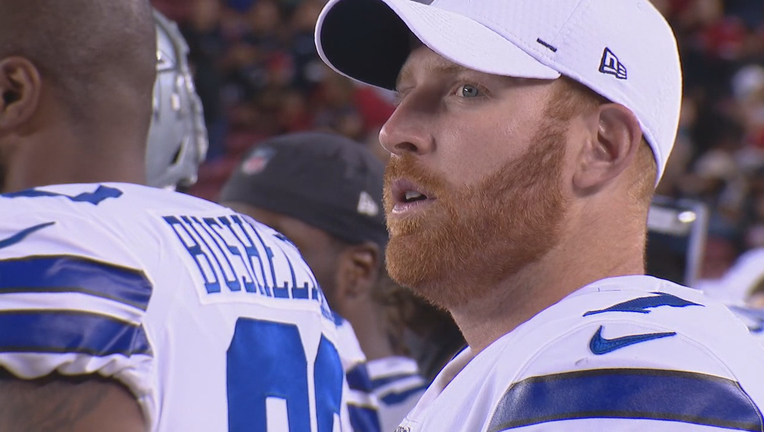 The Giants announced the move Tuesday, saying it is contingent on Rush passing a physical. The make room on the 90-man roster, wide receiver Reggie White was waived.

The move reunites Rush with offensive coordinator Jason Garrett, who spent nearly a decade as head coach of the Cowboys before joining Joe Judge's staff in the offseason.

Rush was signed by the Cowboys as an undrafted rookie out of Central Michigan in 2017. He appeared in five regular-season games in three seasons, serving as a backup to Dak Prescott.