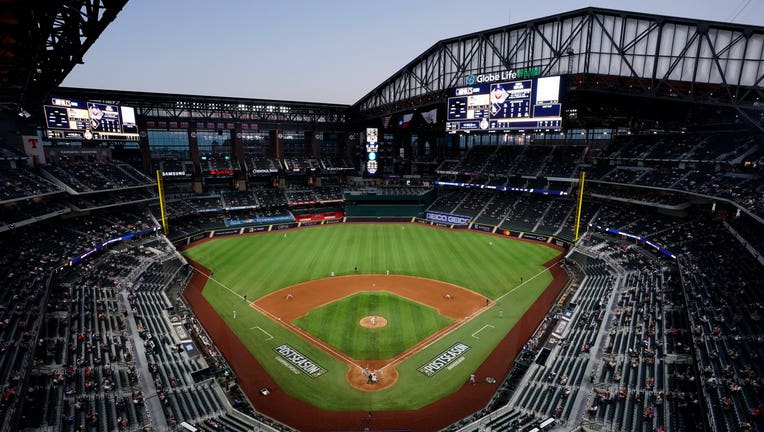 As for Zack Greinke and the AL West-leading Houston Astros, the 37-year-old right-hander was a bit rusty and went deeper than even he expected in his return after testing positive for COVID-19 last month.

García hit one of three long balls off Greinke, with Nathaniel Lowe and DJ Peters also hitting homers more than 420 feet, as the Rangers won 8-1 on Tuesday night.

"Planned on going two times through the order, and felt good, and then for some reason I went further," said Greinke, who has lost his last three starts.

Greinke (11-6) allowed eight runs on five hits and three walks while pitching into the sixth inning — through the middle of the Rangers lineup for the third time — of his first start in 16 days. His last game had also been a road loss against the Rangers on Aug. 29, two days before going on the COVID-19 injury list.

"He was throwing the ball pretty good, got a couple of pitches up, and they’re not missing them," Astros manager Dusty Baker said. "They had four runs on (two) hits. We left him out there longer than we wanted to because our bullpen’s upside down."

Lyles (9-11) struck out seven, walked one and hit one while allowing only three singles. It was a week after he limited Arizona to one run in seven innings of relief.

"Decent little cruise control. Breaking balls and the sinker were working," Lyles said. "I like where my stuff is."

The right-hander had given up nine runs in 10 1/3 innings in his other two starts this year against Houston, the team he began his big league career with from 2011-13. Lyles pitched at least seven scoreless innings for the fourth time in his 179 career starts.

A night after winning 15-1 in the opener of the four-game series, the Astros didn't score until an RBI single by Carlos Correa in the ninth off Josh Sborz.

Lowe hit a two-run homer that went 440 feet in the first inning. Peters chased Greinke and made it 8-0 with no outs in the sixth when he lined a three-run homer 421 feet into the Astros bullpen in left-center -- Texas manager Chris Woodward described that as a "2-iron shot."

Garcia hit a 438-foot drive for his first homer in 13 games, a two-run shot off the batter's eye in center field in the third. The 28-year-old Cuban, who also added two doubles, had last gone deep off an Astros reliever Aug. 29, in the last start by Greinke.

Pete Incaviglia hit 30 homers during his rookie season in 1986. With 18 games remaining, García also has 81 RBIs, seven off the Rangers' rookie record also held by Incaviglia.

"I've just really been focusing on making all the adjustments I need to kind of start hitting again and doing the things that I have been doing in the past," García said through a translator. "It's important for me to finish strong."

The 28 homers allowed by Greinke this season already match the career high for the 2009 AL Cy Young winner and six-time All-Star.

"The biggest issue, might be true, might not be, is the strike zone’s gotten more accurate," Greinke said. "In the past when you located good, you’d get the borderline pitch. Nowadays if you locate good, it doesn’t really help you as much as you used to, so you have to throw more pitches in the middle of the plate."

Astros: RHP Jake Odorizzi was put on the 10-day injured list with right foot soreness after getting hurt covering first base in the second inning of the series opener Monday night. ... LF Michael Brantley, whose .315 batting average is among the AL leaders, missed his third game in a row with right knee discomfort. Baker indicated that the earliest Brantley might return would be Friday as the DH.

Rangers: 3B Brock Holt and RHP Drew Anderson were activated from the COVID-19 injury list. RHP Nick Snyder (right shoulder fatigue) and INF/OF Eli White (right elbow strain) transferred from the 10-day to 60-day IL to clear spots on the 40-man roster. ... OF Willie Calhoun (left forearm) could rejoin the team as soon as Wednesday. He has missed 67 games since late June.

Both scheduled starters Wednesday will be in only their third games since extended stays on the injured list. Astros RHP José Urquidy (6-3, 3.51 ERA) missed two months for the Astros because of right shoulder discomfort. RHP Kohei Arihara (2-3, 5.89) missed 97 for the Rangers after right shoulder surgery to repair an aneurysm.