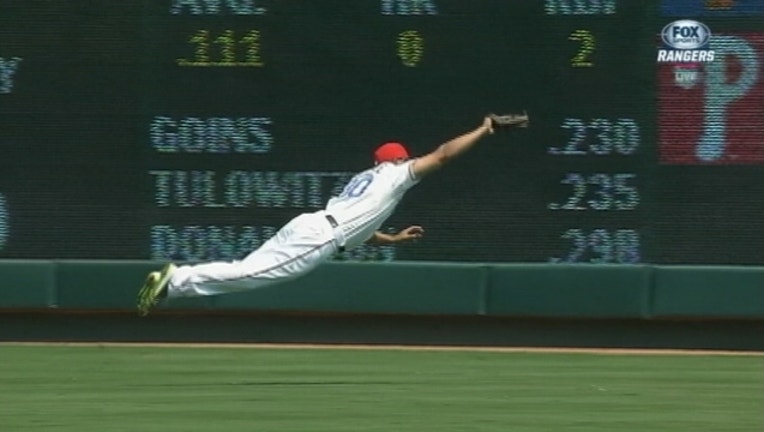 ARLINGTON, Texas (AP) — Yovani Gallardo earned his 100th career victory, Delino DeShields had a part in all the Texas runs even without an RBI and the Rangers stopped the Toronto Blue Jays' five-game winning streak, 4-1 Thursday.

The AL East-leading Blue Jays lead the majors with 5.4 runs per game, and had outscored opponents 54-19 during their recent string.

With two runners on in the seventh, DeShields hit a single that rolled past charging right fielder Jose Bautista. The ball wound up on the warning track and DeShields circled the bases for a 4-0 lead.

Shawn Tolleson worked the ninth for his 26th save in 28 chances. Sam Dyson got Troy Tulowitzki to ground into an inning-ending double play with the bases loaded in the seventh.