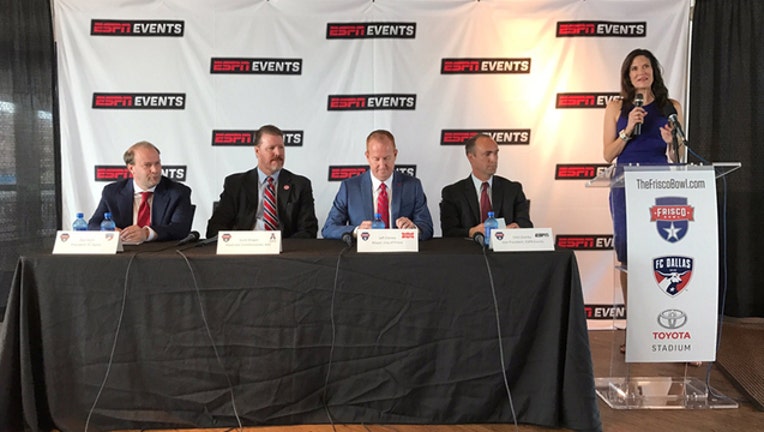 The Miami Beach Bowl will now be the Frisco Bowl, moving from Florida to Texas after ESPN Events took ownership of the game from the American Athletic Conference.

ESPN announced Tuesday that the game will be played in Frisco, Texas, on Dec. 20 at Toyota Stadium, home of FC Dallas of Major League Soccer. The stadium also hosts the FCS championship game.

The Miami Beach bowl was held at Marlins Park in Miami from 2014-16, with an American team facing an opponent from Conference USA, the Mid-American Conference or the Sun Belt Conference. The American will still be affiliated with Frisco Bowl.

ESPN and the American announced in April that ESPN Events, which owns and operates 14 bowl games among 31 college sports events, was taking control of the game.