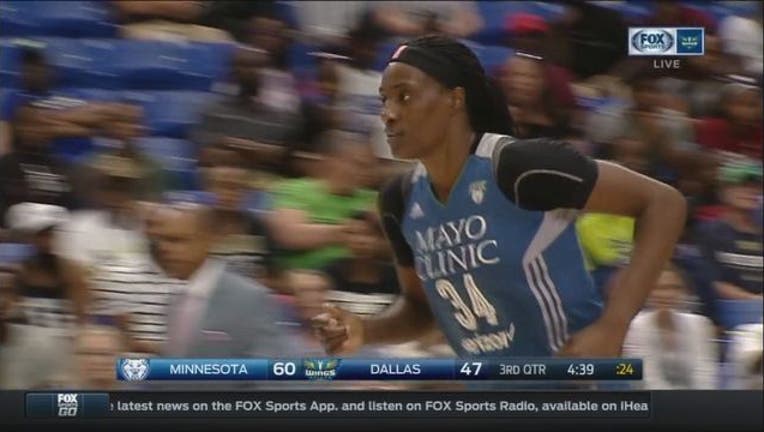 ARLINGTON, Texas (AP) - Sylvia Fowles scored a season-high 30 points and the Minnesota Lynx beat the Dallas Wings 91-74 on Sunday to remain the WNBA's only beaten team.

Fowles was 14-of-19 shooting in posting her league-leading seventh game this season of at least 20 points for the Lynx (9-0). Maya Moore had five 3-pointers and added 23 points and Rebekkah Brunson added 13 points and 14 rebounds. The Lynx shot 53 percent and had 30 assists, nine from Seimone Augustus, to go with their 38 field goals.

Minnesota led at halftime by 14. Dallas was within eight late in the third quarter but Brunson restored a 10-point lead with a basket and the Lynx remained in front by double figures.

The Wings and WNBA president Lisa Borders celebrated "Nancy Lieberman Day," honoring the Basketball Hall of Fame member at halftime. Lieberman was the first overall pick in 1981 by the Dallas Diamonds of the Women's Professional Basketball League.

The AP WNBA Power Poll can be found online at: http://collegebasketball.ap.org/ap-wnba-power-poll-week-4