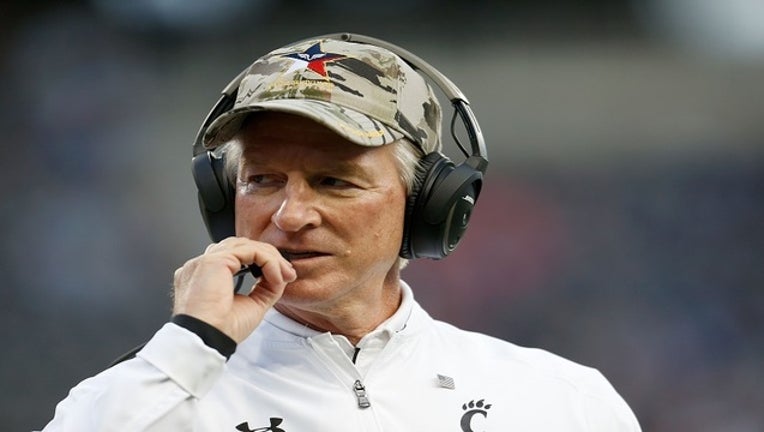 Head Coach Tommy Tuberville of the Cincinnati Bearcats walks off of the field after calling a timeout during the fourth quarter of the game against the BYU Cougars at Nippert Stadium on November 5, 2016. (Photo by Kirk Irwin/Getty Images)

Former Auburn and Cincinnati coach Tommy Tuberville is joining ESPN for the upcoming season as a game analyst.

In 21 seasons as a head coach, Tuberville won 159 games with Mississippi, Auburn, Texas Tech and Cincinnati. He stepped down at Cincinnati after the Bearcats went 4-8 last season.

ESPN announced Wednesday that Tuberville will call games each week and a play-by-play partner will be named soon.

After starting his head coaching career at Ole Miss in 1995, Tuberville took over at Auburn in 1999 and spent 10 seasons as Tigers coach, winning 85 games and a Southeastern Conference title in 2004.

The 62-year-old Tuberville kicked around the idea of running for governor of Alabama in 2018, but decided to stay out of politics for now.