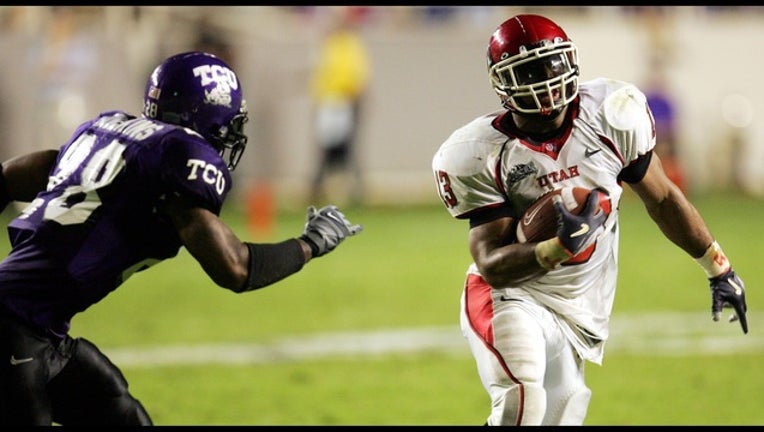 Running back Quinton Ganther #13 of the Utah Utes runs past Jeremy Modkins #28 of the Texas Christian University Horned Frogs on September 15, 2005 at Amon Carter Stadium in Fort Worth, Texas. (Photo by Ronald Martinez/Getty Images)

FORT WORTH, Texas (AP) - Former TCU defensive back Jeremy Modkins has been named cornerbacks coach after four seasons as a defensive analyst.

The new role for Modkins is part of a series of defensive coaching adjustments by coach Gary Patterson that were announced Thursday. Paul Gonzales moves from cornerbacks coach to safeties coach, and defensive coordinator Chad Glasgow will coach linebackers instead of safeties.

Modkins, a four-year letterman who started 35 games for the Horned Frogs, was TCU's defensive MVP as a senior in 2005. He returned to TCU as a graduate assistant for the 2007 and 2008 seasons.