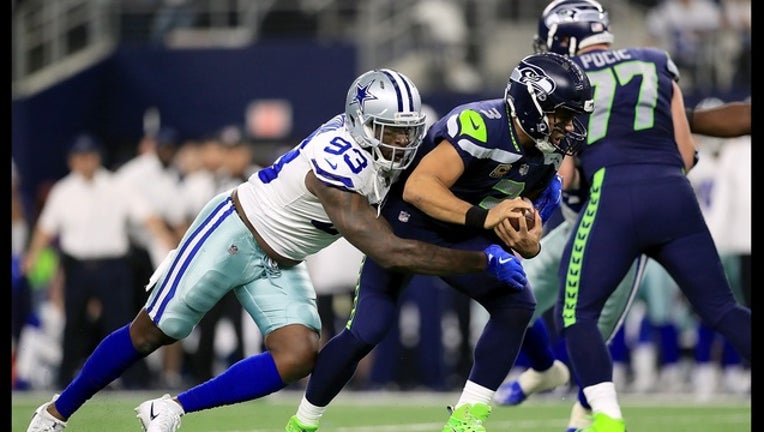 Russell Wilson #3 of the Seattle Seahawks is sacked by Benson Mayowa #93 of the Dallas Cowboys at AT&T Stadium on December 24, 2017 in Arlington, Texas. (Photo by Ronald Martinez/Getty Images)

The five-year NFL veteran spent the past two seasons with the Dallas Cowboys, appearing in 28 games, eight as a starter. With the Cowboys, he had seven sacks, 38 tackles, 11 tackles for loss, a forced fumble and a fumble recovery. He had a career-high six sacks in 2016.

Mayowa made the Seattle roster as an undrafted free agent out of Idaho in 2013. He played two games for the Seahawks as a rookie and 28 games for Oakland over the following two seasons. He has nine sacks in 58 games.

Arizona already is strong at the starting defensive end position, with All-Pro Chandler Jones (the NFL sack leader with 17) and Marcus Golden, who is coming off knee surgery.