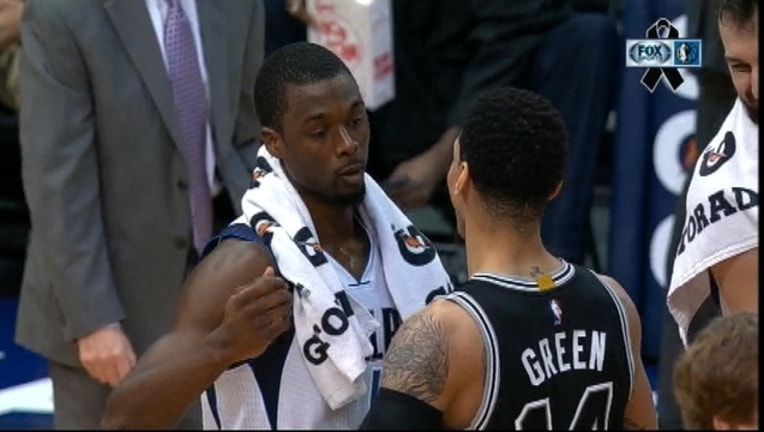 DALLAS (AP) - Bryn Forbes scored a career-high 27 points with San Antonio resting most of its starters, and the Spurs ran past Dallas 102-89 after the Mavericks pulled most of their key veterans in the second half Friday night.

Dewayne Dedmon, the only San Antonio starter to play, had 10 points and 13 rebounds. Tony Parker made the trip but didn't leave the bench, while Kawhi Leonard, LaMarcus Aldridge, Pau Gasol and Danny Green stayed home with the Spurs locked in to the No. 2 seed behind Golden State in the Western Conference.

The Mavericks, playing their fourth game since getting eliminated from the playoffs, pulled Dirk Nowitzki and other veterans in the second half, when the Spurs outscored Dallas 52-28 after trailing by 16 points in the first half.

Forbes, who had 64 points with a game high of eight in his only NBA season coming in, went 4 of 9 from 3-point range. Davis Bertans, a 24-year-old rookie from Latvia, made 5 of 9 from long range and scored 19 points.

David Lee, who spent part of last season with the Mavericks, had 16 points, 13 rebounds and five assists.

The Spurs outscored the Mavericks 21-2 in a run that continued early in the fourth quarter, turning a 67-58 deficit into a 79-69 lead. Forbes and Bertans had five apiece on the run.

Spurs: Manu Ginobili, who also stayed home, is listed with a right quad contusion, and Green has a left quad contusion. Dejounte Murray (left groin) also was out. ... Jonathon Simmons scored 12 points, and Kyle Anderson had nine points and 10 rebounds. ... The Spurs had a 16-6 edge on offensive rebounds.

Mavericks: G Wesley Matthews limped to the locker room in the first half after a knee-to-knee collision with Joel Anthony. He returned before halftime. ... Nowitzki passed Jason Kidd, his point guard on the championship team, and tied Duncan for seventh on the career list with his 1,392nd game.

Mavericks: At Phoenix on Sunday.