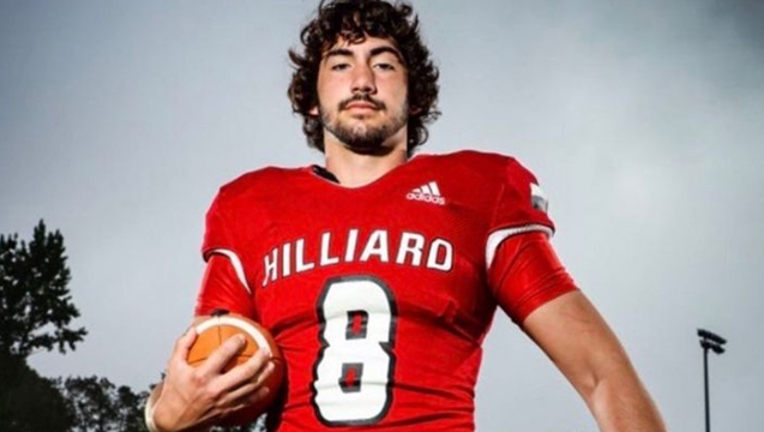 Nathan Dowie, starting quarterback of the Hilliard High School football team, fell after scoring a touchdown and was seemingly fine until he began to feel ill after the game.

"He was feeling fine, got in the locker room and he started feeling really sick, and at that time the trainer knew we needed to call 911, get him to the hospital," Byron Crews, one of the team's coaches, told WSOC-TV.

Dowie's father, Sean Dowie, said that it's speculated he was injured after he scored a touchdown. "His head went into the ground, and he sort of flipped over," he told the news station. "We're sort of suspecting that may have been the time where it happened."

Dowie was rushed to University of Florida Health in Jacksonville, where doctors reportedly found bleeding on his brain. He underwent surgery overnight.

The high school asked their Facebook followers to keep the Dowie family in their "thoughts and prayers," and described Nate as "an amazing, strong young man."

"We are all blessed to have him touch our lives," the team wrote. "He & his family need their Hilliard family, friends and neighbors’ support and prayers."

"It's hard, but we're all hanging in there," Sean Dowie said.