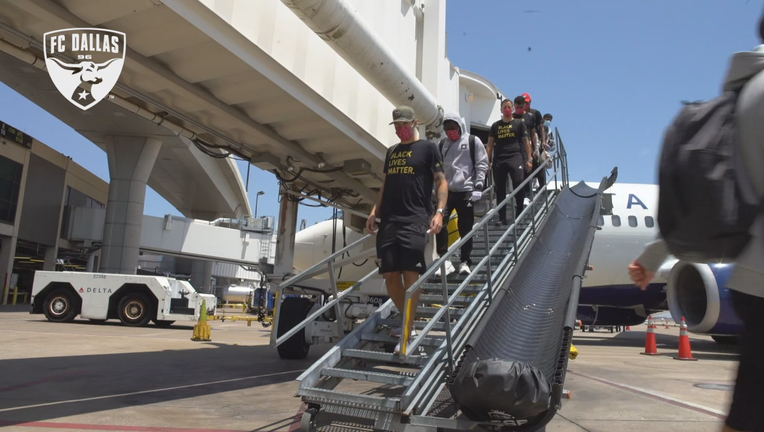 FRISCO, Texas - FC Dallas returned to North Texas on Monday, nearly a week after the team withdrew from the MLS Is Back tournament in Orlando.

Some of the players who returned included those who had tested positive for COVID-19 when they arrived in Florida and have since tested negative in multiple follow-up tests.

FC Dallas is scheduled to resume training later this week.

Some members of the team did not return after recently testing positive for COVID-19. They will remain in Florida until they are cleared by medical workers to return.

“We were in a circumstance where we couldn't even go outside for almost 12-days. So, we had a lot of restrictions there and we are going to continue to have them. So, it's just better to be home and near the family... so that we can have some comfort but at the same time - just move on, move forward and prepare for the next battle,” said head coach Luchi Gonzalez.

The team's return did not include some members of the FC Dallas delegation -- that's because some have recently tested positive for COVID-19.

FC Dallas says they will remain in Florida until they are cleared by medical workers to return to Texas. They are currently self-isolating in their hotel rooms at a Disney World resort.