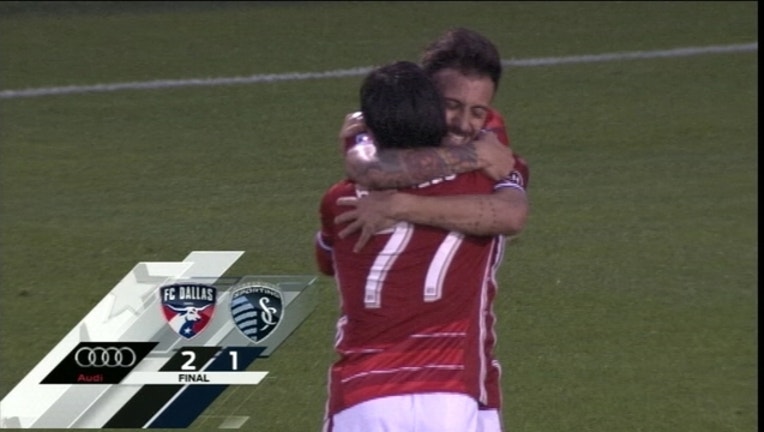 Rosales entered as a substitute in the 63rd minute and made his first touch of the game five minutes later on a free kick that hooked over the wall into the left corner. It was first goal since joining FC Dallas (5-1-2) during the offseason.

FC Dallas tied it in the 35th minute when Michael Barrios pounced on Kellyn Acosta's long ball and powered home a right-footed shot despite a deflection off goalkeeper Tim Melia's hands. It was Barrios' fourth goal in five games.

Sporting's Lawrence Olum opened the scoring in the 22nd minute with a point-blank header to finish Benny Feilhaber's corner.