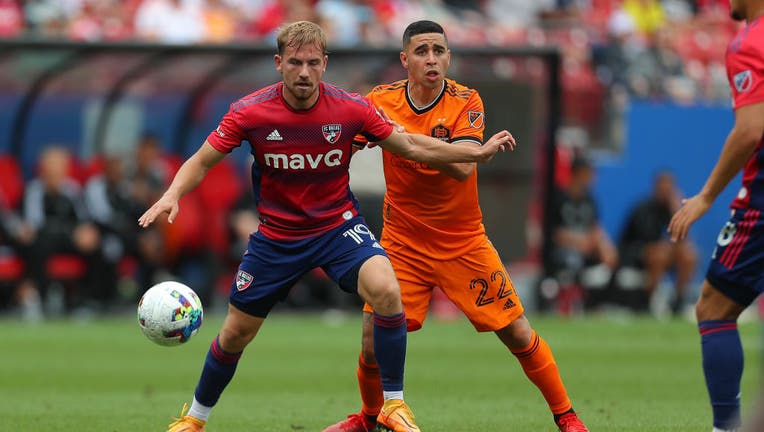 FRISCO, Texas (AP) - Facundo Quignon scored a goal in the third minute of second-half stoppage time to send FC Dallas to a 2-1 victory over the Houston Dynamo in MLS action on Saturday.

Sebastian Ferreira notched his third goal of the season to give the Dynamo (3-2-3) a 1-0 lead in the 33rd minute. Dallas (4-1-3) didn't score the equalizer until Tsiki Ntsabeleng found the net in the 87th minute.

Dallas outshot Houston 13-7 with a 7-2 edge in shots on goal to win the Texas Derby.