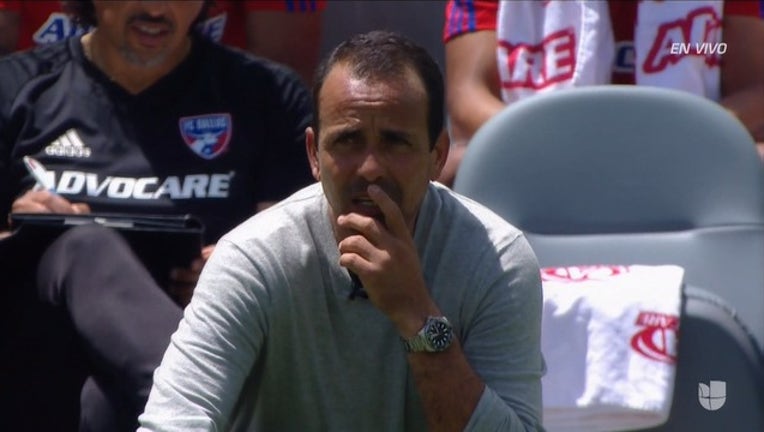 FRISCO, Texas (AP) - FC Dallas and coach Oscar Pareja have reached a mutual agreement to part ways after his five seasons as head coach and an affiliation with the organization that dates back 20 years.

The team announced the move Monday.

Pareja had 78 wins, 49 losses and 43 draws as head coach. FC Dallas had consecutive 60-point seasons in 2015 and 2016 before missing the playoffs last year and losing at home in the MLS knockout round this season.

"This was a difficult decision for everyone involved, but after extensive discussions over the last few weeks, we believe the best course of action is for Oscar to pursue another opportunity," FC Dallas Chairman Clark Hunt said in a statement.

Pareja finished his playing career with the Dallas Burn from 1998 until his retirement in 2005, then was an assistant coach the next two seasons. Pareja became director of player development for the FC Dallas youth system in 2008, then was Colorado's coach in 2012 and 2013 before returning to FC Dallas as head coach.