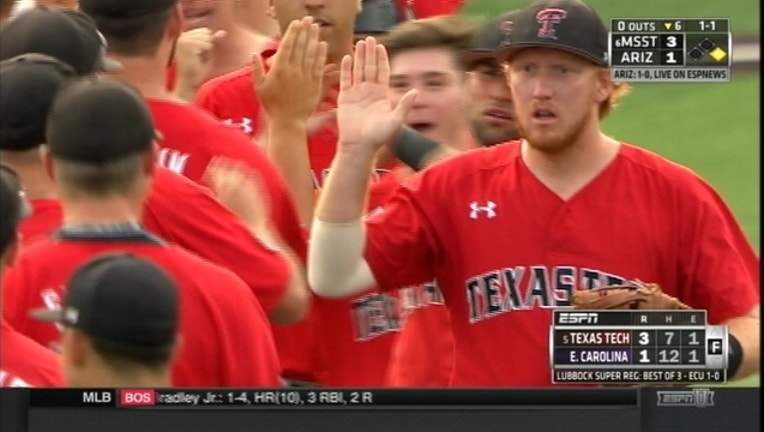 LUBBOCK, Texas (AP) — Eric Gutierrez singled in two runs in the top of the 13th inning and Texas Tech beat East Carolina 3-1 on Saturday night to even the Lubbock Super Regional at a game apiece.

The winner in Game 3 on Sunday will advance to the College World Series in Omaha, Nebraska.

Gutierrez, the 2016 Big 12 Player of the Year, ended an 0-for-16 spell that dated to the second game of the Lubbock Regional last week. He was 0 for 9 against ECU before his single in extra innings.

Texas Tech relief pitcher Robert Dugger completed his longest outing of the season after coming on in the eighth inning with two runners on base and no outs. He retired 15 of the next 18 batters through five innings of work while striking out five.