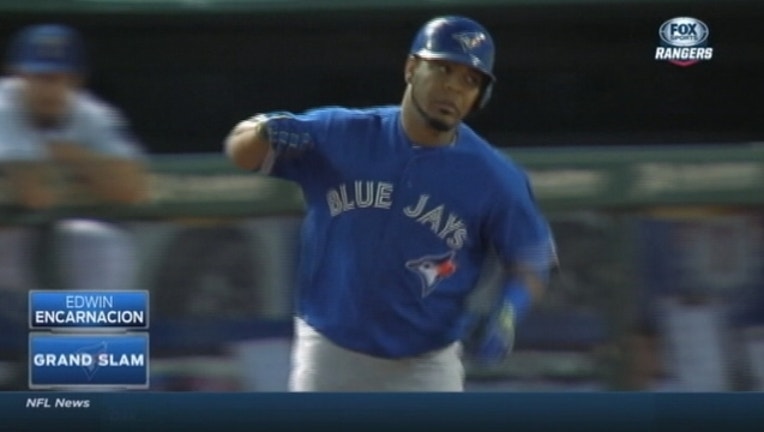 ARLINGTON, Texas (AP) — Edwin Encarnacion hit a grand slam to extend his hitting streak to 21 games, helping David Price get a win on his 30th birthday in Toronto's 12-4 victory against the Texas Rangers on Wednesday night.

Encarnacion sent his 26th homer into the Blue Jays' bullpen in left-center after Kevin Pillar opened a six-run sixth inning with a long ball that chased Texas starter Colby Lewis (14-6). Lewis issued four of a season-high 11 walks by Rangers pitchers.

Pitching on his birthday for the first time in the majors, Price (13-4) threw five scoreless innings after allowing Adrian Beltre's two-run homer in the first.

The AL East-leading Blue Jays won their fifth straight to move two games in front of the New York Yankees. Texas dropped a half-game behind Minnesota in the race for the second AL wild card.