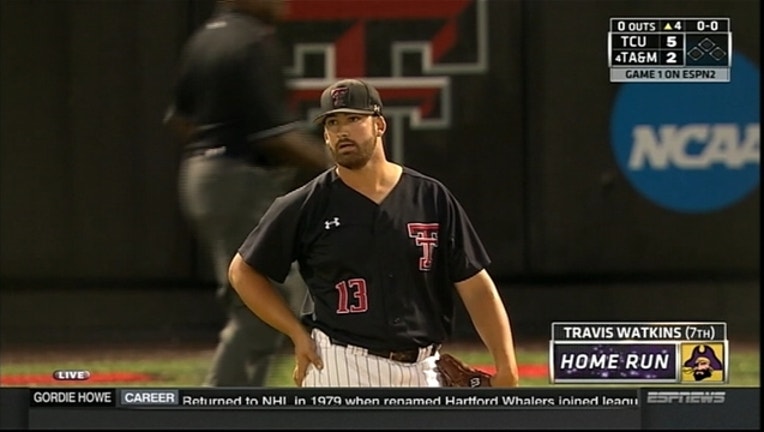 Watkins, who hit three home runs in the regular season, has four in the last three games. His grand slam in the fifth gave East Carolina a 5-2 lead and his two-run shot in the sixth made it 8-3.

Texas Tech left fielder Tyler Neslony had a three-run homer in the seventh to pull to 8-6. But Bridges struck out two of four batters in the eighth and two of three in the ninth.

Game 2 is Saturday. The series winner will advance to the College World Series in Omaha, Nebraska.