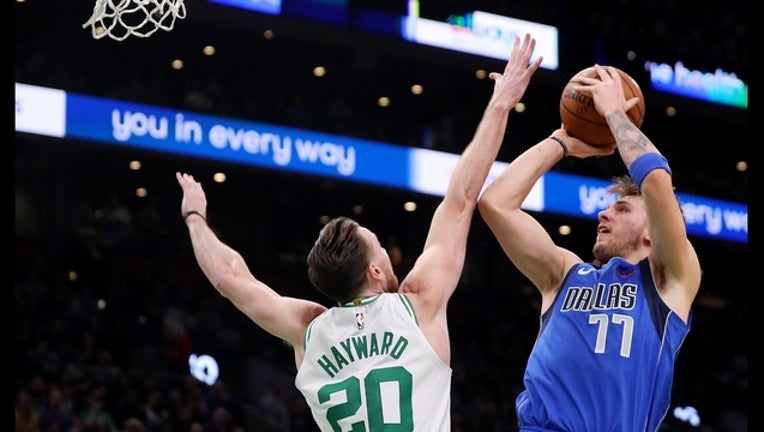 BOSTON, MASSACHUSETTS - JANUARY 04: Luka Doncic of the Dallas Mavericks takes a shot over Gordon Hayward of the Boston Celtics during the first half at TD Garden on January 04, 2019 in Boston, Massachusetts. (Photo by Maddie Meyer/Getty Images)