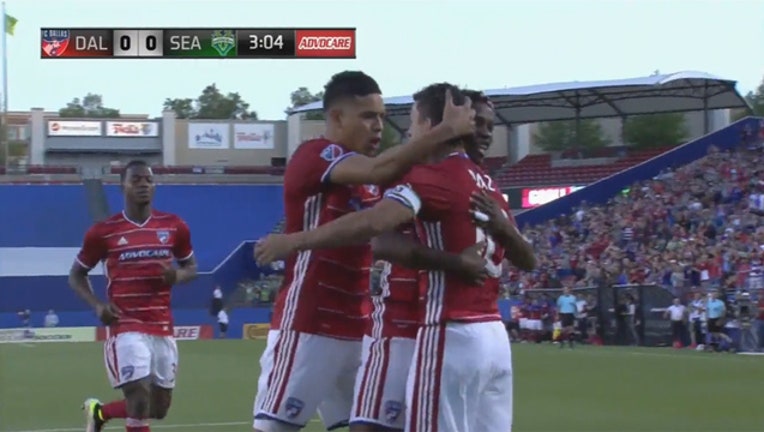 Diaz buried a penalty kick into the top-left corner of the net in the third minute after Walker Zimmerman drew a foul in the box against Seattle's Chad Marshall.

Barrios dropped the ball to Mauro Rosales, who replaced Diaz in the 79th minute, then darted behind the defense and slotted a high- feed from Rosales through the legs of Seattle defender Brad Evans and past goalkeeper Stefan Frei in the 80th.

Chris Seitz had three saves for his second shutout of the season for Dallas (7-4-2), which is unbeaten in seven home matches this year.

The Sounders (4-5-1) lost for just the second time in seven games after starting the season 0-3.