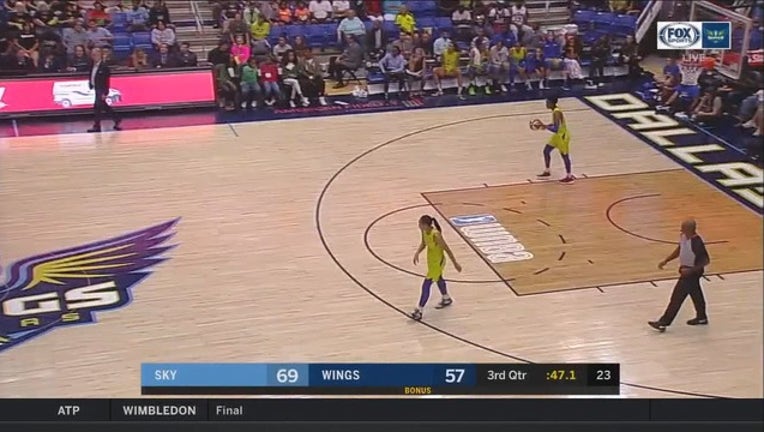 ARLINGTON, Texas (AP) - Diamond DeShields had a season-high 26 points, matching her career high with five 3-pointers, and Allie Quigley scored eight of her 12 points in the decisive third quarter to help the Chicago Sky beat the Dallas Wings 89-79 on Sunday.

Jantel Lavender had 16 points, and Courtney Vandersloot added eight points and eight assists for the Sky.

Cheyenne Parker's layup gave the Sky a 10-point lead with 6:49 left in the second quarter but Dallas (5-11) scored 18 of the next 20 points during a 24-7 spurt to take a 46-41 lead into halftime. The Sky went 0 for 6 from the field and committed three turnovers during that span.

Arike Ogunbowale led the Wings with 20 points, and Isabelle Harrison had 15.

Dallas has lost four of its last five games.