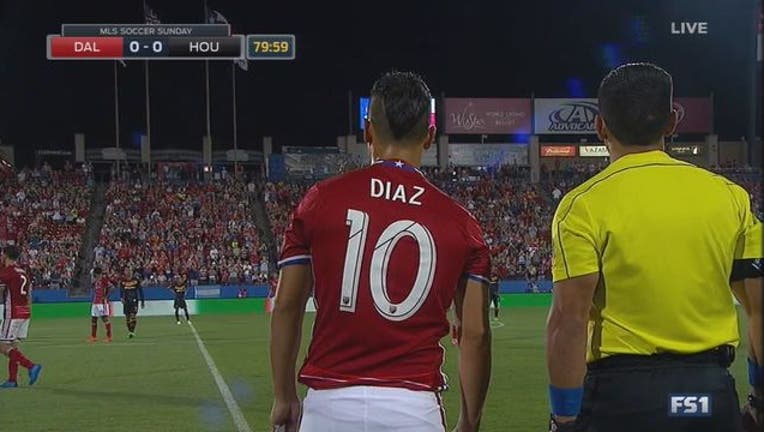 FRISCO, Texas (AP) - Tyler Deric made four saves for his first shutout of the season to help the Houston Dynamo tie FC Dallas 0-0 on Sunday night.

Seeing his first action since a 2-0 loss to New England on April 8, Deric made a diving stop on Kellyn Acosta's shot to the top corner.

FC Dallas (5-2-5) outshot the Dynamo (6-5-2) 16-5 and seemingly controlled the match, but extended its winless streak to four games, despite the return of Mauro Diaz. The 26-year-old designated player was third in MLS last season with 13 assists before tearing an Achilles tendon on Oct. 16.

Houston has just two wins in its last 30 MLS road games (2-20-9), but snapped a five-game road losing streak during which it had been outscored 14-3.