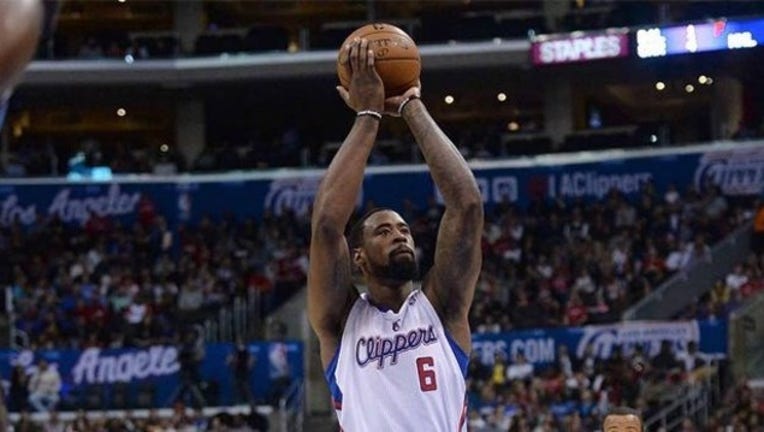 DeAndre Jordan gave the Dallas Mavericks his word. Then he gave the Los Angeles Clippers his signature.

After a Clippers contingent including Blake Griffin, J.J. Redick, Paul Pierce and Doc Rivers descended on Jordan's home in Houston on Wednesday night for a last-ditch push to keep their defensive pillar, Jordan backed out of a verbal agreement with the Mavericks to stay with the only NBA home he's ever had.

The Clippers announced Jordan's deal late Wednesday night. It's a four-year pact worth more than $87 million, a person with knowledge of the agreement told The Associated Press. The terms, first reported by USA Today, include a player option after the third season. The person spoke on condition of anonymity because the team was not releasing contract details.

The Clippers also sent out a tweet welcoming Jordan back to Los Angeles.

Jordan initially agreed to a four-year deal worth more than $80 million to leave the Clippers after seven seasons and join the Mavericks, a team that offered him a more featured role on offense. But that was last Friday, and the contract could not be signed until 12:01 a.m. Eastern time on Thursday, according to NBA rules.

That gave Jordan time to think it over, and when word got back to the Clippers that he was having second thoughts, they pounced.

They gathered to meet with Jordan and talk things over, then held the Mavericks at bay as owner Mark Cuban tried to get one more meeting to close the deal.

Cuban and Jordan's agent, Dan Fegan of Relativity Sports, tried repeatedly to reach the big man while he was holed up in his house with his teammates to no avail, according to two people with knowledge of the situation. They spoke on condition of anonymity because all parties involved were not publicly discussing the process.

Griffin even tweeted a photo of a chair pushed underneath the handle of a door.

"Don't agree with the furniture layout but I'm not an interior designer," Griffin quipped.

Earlier this week, Redick said on Bleacher Report radio that the Clippers deserved an "F" in free agency after losing Jordan.

"We had one priority this summer, and that was to re-sign D.J., and we missed out on that," the guard said. "So barring some miracle, (the) makeup of our team is completely different now."

Without him, the Clippers were scrambling to find an answer at center and in danger of falling far back in the loaded Western conference.

Now, with Jordan back to center a lineup that includes All-Stars Griffin and Chris Paul and added Pierce and Lance Stephenson this summer, the Clippers again will have plenty of talent to compete.

Jordan has led the NBA in rebounding the past two years and is coming off career highs in scoring and rebounding at 11.5 points and 15.0 rebounds per game. He helped the Clippers get within a victory of the Western Conference finals for the first time, but a second-half collapse at home in Game 6 was followed by a loss in the deciding game at Houston.

The collapse prompted Jordan to reconsider everything, and the Mavericks wooed him to help aging star Dirk Nowitzki make one last run at another championship.

Cuban was so confident that he had landed Jordan that he went on a Dallas radio show this week and spoke about the role Jordan would have in the Mavericks' offense. Discussing the free agent before a contract was signed earned Cuban a $25,000 fine.

He lost a lot more on Wednesday.

Getting Jordan and shooting guard Wesley Matthews had the Mavericks hoping they could avoid a major rebuilding project. Now, this late in the process and with Tyson Chandler already agreeing to join the Phoenix Suns, they are left with few proven available options on the open market.

"We had the discussion that if we couldn't get a serious free agent, whether it was one of the guys still out there or some of the guys who already went, then it was time to take a step back," Cuban told KTCK-AM in Dallas on Sunday.

Jordan's about-face also could lead to a debate about the effectiveness of the NBA's moratorium in free agency.

The ban on signing deals for about a week and a half after the start of free agency was put into the labor agreement in an attempt to stop tampering, but instead has created the possibility of players having second thoughts.

Dallas lost point guard Jason Kidd to the New York Knicks in 2012 after he initially agreed to return to the Mavericks, who ended up missing the playoffs that season for the first time in 12 years.

But it's a rare occurrence, and the unusual last-minute lobbying played out on Twitter with various players tweeting emojis with apparent references to traveling to Houston to meet with Jordan.

Dallas forward Chandler Parsons, who played a crucial role in getting the original commitment from Jordan, tweeted an emoji of an airplane. Griffin sent one with the same plane, plus a helicopter and a car. Paul had a tweet of a banana and a boat, apparently a joking reference to his recent vacation with LeBron James, Dwyane Wade and Carmelo Anthony. Paul wasn't with the Clippers for their first meeting with Jordan last week.

The barrage of tweets prompted Kobe Bryant to weigh in with "Emoji battle?" -- and adding five trophies for his five titles with the Lakers. The Golden State Warriors, still less than a month removed from winning the NBA title, offered one showing a trophy.

The wild night ended, of course, with a tweet from Pierce, the veteran forward who agreed to terms last week. It was a picture of Rivers and Jordan signing the contract.

"That's why they brought me here," Pierce tweeted. "lol."