DBU getting ready to play in the NCAA tournament again

Dallas Baptist baseball is back in the NCAA tournament. The Patriots take on Oregon State Friday at 1 p.m. in Fort Worth.

DALLAS - Dallas Baptist baseball is back in the NCAA tournament and this year the team feels it has a chance to take the program deeper into the postseason than ever before.

A mix of fun and talent has made DBU’s lone Division 1 program a self-admitted diamond in the rough. It’s kind of like a hidden gem in the field of college baseball’s postseason regulars.

The Patriots are one of six teams to make the NCAA tournament each of the last seven times. And they’re the only non-Power Five school to do it.

This year’s squad believes it can take the program to an even higher level.

"The one step left to do is to get to Omaha and then obviously to eventually win it. But you’ve got to get there first. So that is the goal of our program," said Dan Heefner, DBU’s head baseball coach. 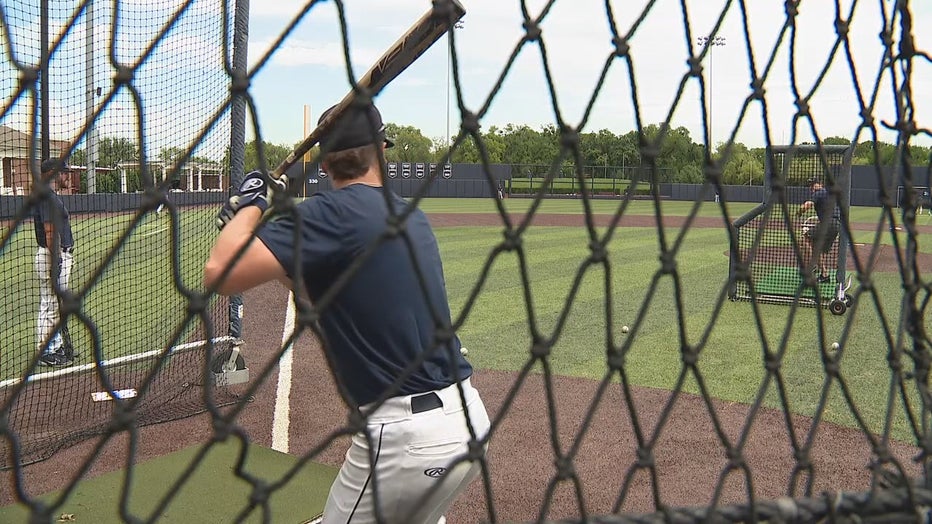 The team has already proven it’s capable of an "Are you kidding me?" kind of moment.

First baseman Cole Moore somehow premeditated a ridiculous over-the-wall catch. He got his shot at it and leaped right into the number one play on Sports Center.

"It was always kind of a dream of mine and it finally came true. So, it was amazing," he said.

"It does give us some juice and energy, just kind of knowing that we have guys like that on the field," said Jackson Glenn, DBU’s second baseman.

The moment could not have come at a better time – in the conference title game leading right into this week’s Fort Worth Regional that includes the likes of TCU, Oregon State and McNeese State.

There is some history on DBU’s side. The one time the Patriots won a regional back in 2011 they came out of Fort Worth, something these guys can pull from as they head back to TCU.

"It just lets these guys know, ‘Hey it’s been done before.’ We’re here and we can do it again and this is how you do it," Coach Heefner said.

"You have to have elite guys at the front end of your rotation and we have that this year," he said.

"I would love to get there and it would just mean the world," Glenn said. "It’s just been a long road. To make a nice push in the playoffs, I mean, that would just make everything so worth it."