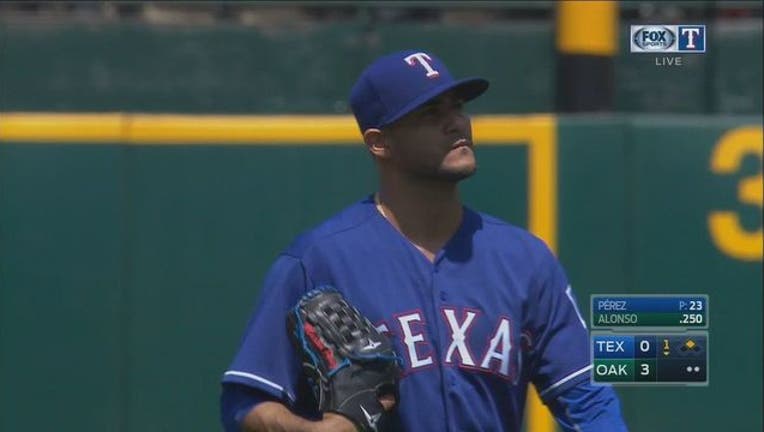 Josh Phegley hit a two-run double in a four-run first that gave a quick lead to Jesse Hahn (1-1), who allowed one run and two hits over six innings, struck out four and walked four. Phegley made his second start since he was brought up from the on April 5; he allowed two runs over six innings of relief at the Rangers on April 7.

Davis hit a two-run homer in the fifth, his third home run in six games. All three homers were hit off reliever Mike Hauschild.

Joey Gallo homered in the fifth for Texas, a drive off the facade below a row of luxury suites in center field. It would have traveled 437 feet had it landed unimpeded, according to Major League Baseball's Statcast system.