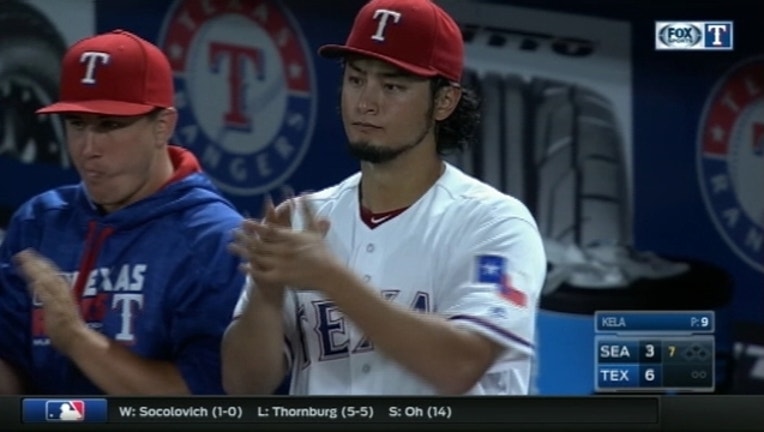 The American League-leading Rangers won the first of six straight games at home against the two teams chasing them in the AL West and dropped the Mariners into third place, a game behind Houston and 9 1/2 back of Texas.

Darvish (5-3) easily outpitched fellow Japanese right-hander Hisashi Iwakuma for his third straight win, leaving to a standing ovation with a 6-1 lead in the seventh after throwing 110 pitches, the most since his return from Tommy John surgery.

Sam Dyson struck out two in a perfect ninth for his 30th save, giving Texas 13 strikeouts.

Iwakuma (14-10) lost his third straight start while matching his shortest outing of the season at three innings.