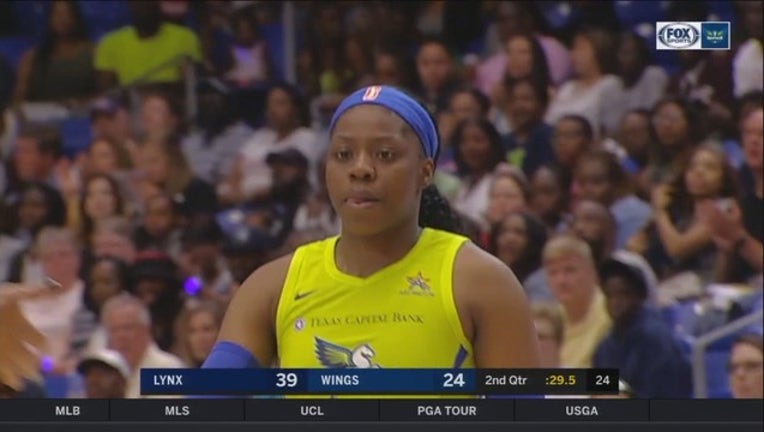 Odyssey Sims added 12 points for Minnesota. The Lynx haven't allowed their first three opponents to shoot better than 40 percent and have held them to 10 of 61 3-pointers.

Dallas (0-2) finished 5 of 21 behind the, making four in the second half to make it close after falling behind 41-27 at the break.

The Lynx are winning despite Lindsay Whalen retiring, Maya Moore taking the season off, Rebekkah Brunson sidelined since suffering a concussion last year and Seimone Augusta, the franchise's career scoring leader, out after knee surgery earlier in the week.

Dallas pulled within two early in the fourth quarter but Dantas converted a three-point play. The Wings got within two again and Dantas made back-to-back 3s for a 60-52 lead with 6:24 to go. The Wings had it to three with three minutes to play but the Lynx protected the lead from the foul line.