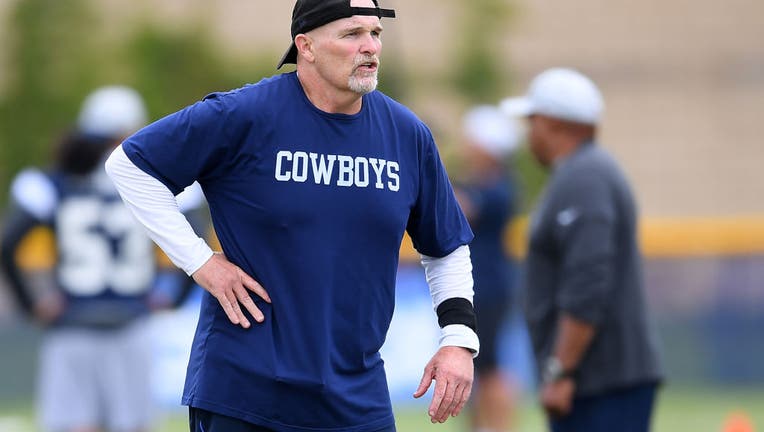 It appears the architect of the Dallas Cowboys defense will stay for another season.

Defensive coordinator Dan Quinn informed other teams that he will stay with the Cowboys, according to multiple reports on Thursday.

Quinn had been pursued by multiple teams for head coach openings. Reports indicated Quinn was a finalist for the Chicago Bears and Denver Broncos and jobs. Other teams that were interest included the Jacksonville Jaguars, Miami Dolphins, Minnesota Vikings and New York Giants.

Neither Quinn nor the Cowboys have publicly commented on him staying for the 2022 season.

Quinn just wrapped up his first year with the Cowboys and orchestrated a remarkable turnaround for what was the worst defense in franchise history. Most notably, the Cowboys had a league-leading 34 takeaways in 2021.

Is Sean Payton the next Dallas Cowboys coach? Speculation rampant, but no change imminent