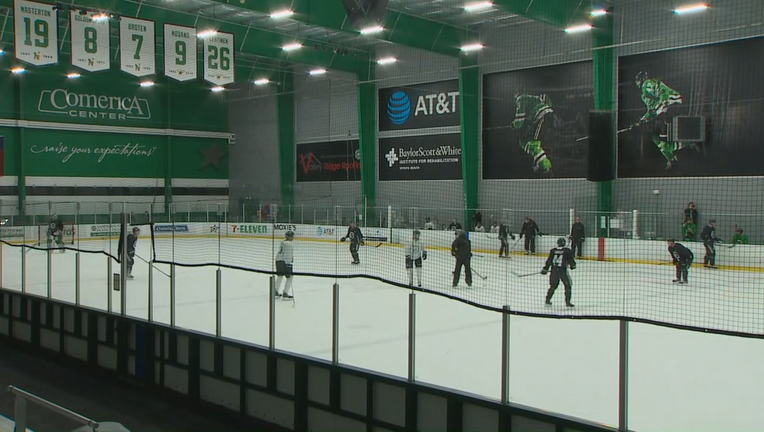 FRISCO, Texas - The Dallas Stars hit the ice again to get warmed up for a shortened NHL hockey season.

Training camp for the Western Conference Champions started Monday in Frisco. The team held several workout sessions and will do the same for the next nine days.

There will be no exhibition games and this season will start later than normal because the pandemic delayed last season.

"But it takes a couple of months after any season to unwind and just clear your head and you have to get away from the game. But there also comes a time which usually it’s the first of August that you start getting the bug to get going again. Well, this time it was December. So that’s just the weirdness of the season," said Coach Rick Bowness.

Some players have also been dealing with visa delays and will miss part of training camp while going through the league’s mandated quarantine.

Among them are Stars goalie Anton Khudobin, who signed a $10 million, three-year deal to stay with the team.

He is in quarantine after traveling from Russia to Texas but will be ready for next week’s season opener in Florida, Bowness said.