The Dallas Stars hope to outshine the Calgary Flames tonight in Game 5 of the NHL playoffs. The series is tied 2-2. Good Day talked to the team's record-setting former goal tender Marty Turco, who is now the president of the Stars Foundation.

DALLAS - The Dallas Stars hope to take the advantage Wednesday night in their playoff Game 5 against the Calgary Flames.

They will be in Canada after the Flames won Monday’s game in Dallas. The series is now tied at two games each.

In that last game, the Stars offense just could not get going while Calgary put on an offensive show with 50 shots on the goal.

RELATED: Flames get even in series with 4-1 win over Stars in Game 4 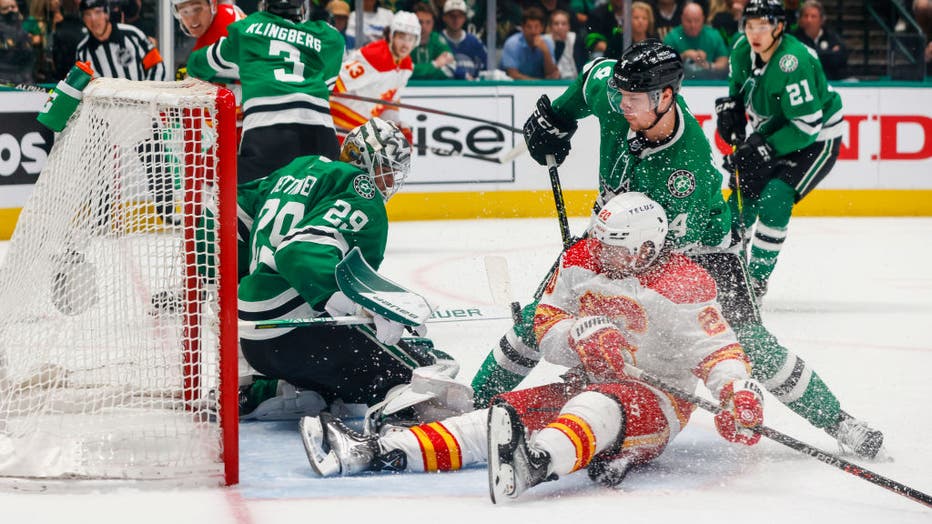 DALLAS, TX - MAY 09: Dallas Stars defenseman Miro Heiskanen (4) and Calgary Flames center Blake Coleman (20) battle for the puck in front of Dallas Stars goaltender Jake Oettinger (29) during game 4 of the first round of the Stanley Cup Playoffs betw

The series comes back to the American Airlines Center Friday for Game 6.

If the Stars win Wednesday night, they could wrap up this series in front of a home crowd.