The Dallas Mavericks host their first playoff series in more than a decade. Game 1 is Saturday at the American Airlines Center. Good Day's Hanna Battah is joining the pre-game celebration.

DALLAS - The Dallas Mavericks will host their first playoff series in more than a decade this weekend.

Game 1 in the series against the Utah Jazz is Saturday at noon the American Airlines Center.

One of the big questions about the game is whether Mavs star Luka Doncic will play because of a calf strain.

The sports website The Athletic reports he will miss Game 1, although officially he could still play.

Doncic spent Thursday watching practice while being treated for the injury. 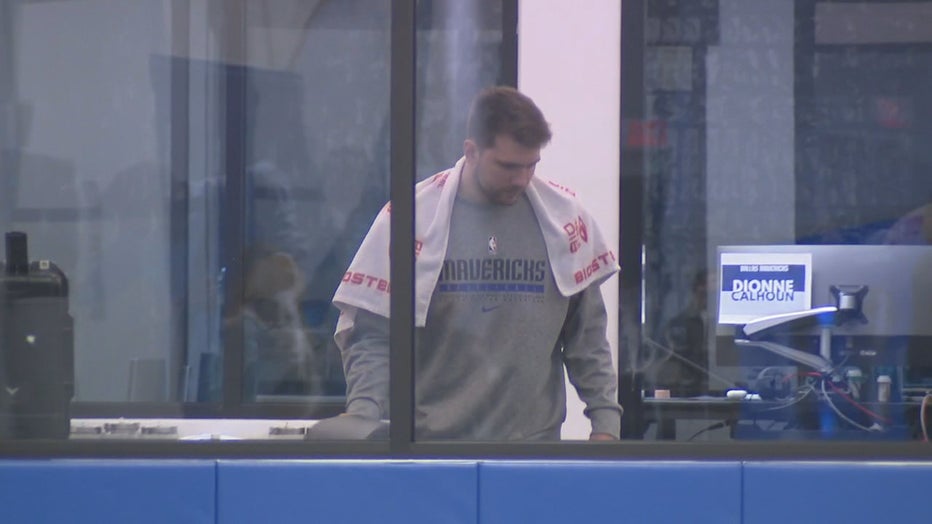 And that left Coach Jason Kidd facing more annoying sports reporter questions that he cannot or will not answer.

"He's doing good. He didn't practice but he's in good spirits and had a good day," Coach Kidd said.

"Was he able to do anything today that he wasn't able to do yesterday?" a reporter asked.

"Uh, that's a great question. I would say, yeah. I think, you know, he's smiling. He's happy, in good spirits and he looks like he's improving," Kidd said.

Whether or not Doncic plays, the team still has home court advantage.

"That’s very, very important because we do things good in Dallas," said Big Rob with the Mavs ManiAACs. "We have a great team, and we have to step up as the fans and make this house rock and lead them to victory."

The team is encouraging all fans to wear blue and will be giving away blue t-shirts, necklaces and yard signs

Tickets for Game 1 are still available.